“People were holding me, I was so upset” – Bobrisky speaks on physical clash with Papaya, James Brown 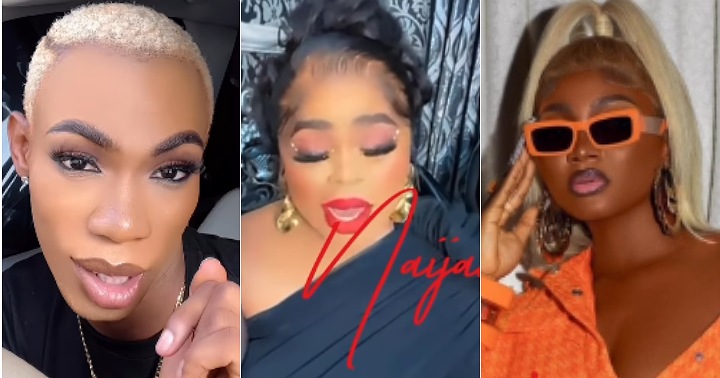 Nigerian crossdresser, Bobrisky, has reacted to a viral video of himself slamming influencers, Papaya and James Brown at an event.

James Brown was spotted in a video kneeling down to greet Bobrisky who slammed him heavily and ignored his greeting.

For Papaya, Bobrisky got angry and lashed out at her for dancing close to him at the event. He was ready to fight if not for friends who held him back and asked him to sit.

Speaking on the incident, Bobrisky said he would have ‘torn’ her apart because he was very upset over the fact that she had to move close to him to dance.

He also bragged about being bold to carry out his plans physically, unlike some others who are just keypad warriors.

“A light to the world, always ready to lift the other person” – Dorathy Bachor hails Davido on his birthday