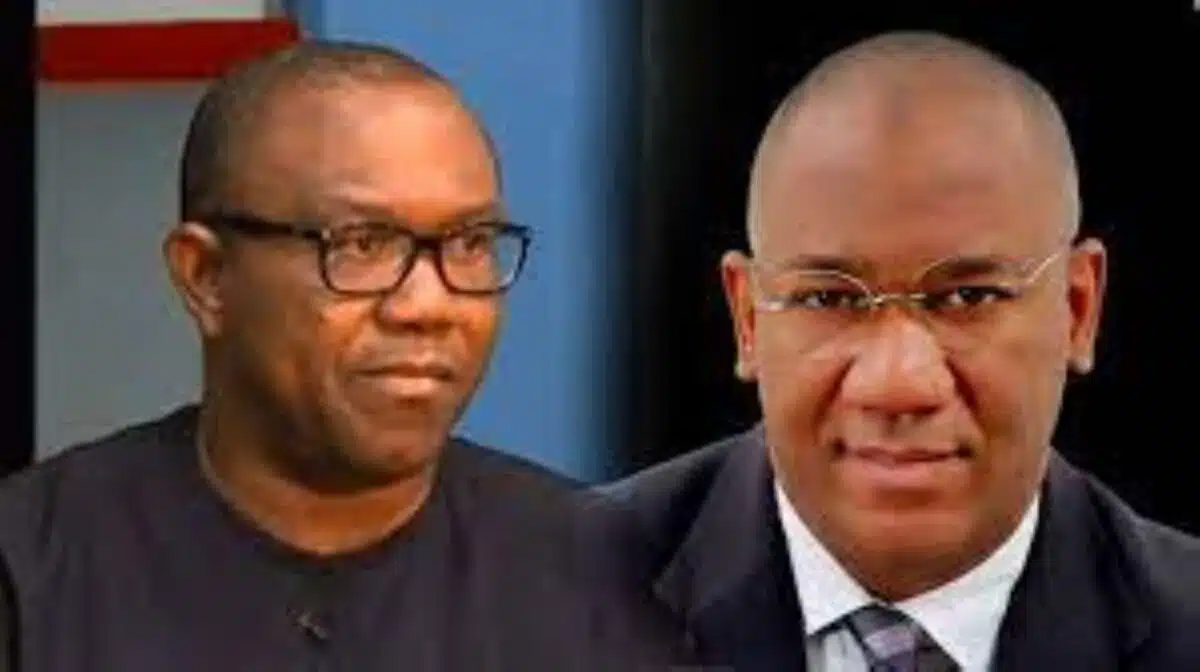 Nigerian celebrities such as Junior Pope, Uche Maduagwu, and others took to social media to express their outrage after the APC and PDP presidential candidates, Boa Ahmed Tinubu and Atiku Abubakar, were both absent from a recent presidential debate.

The Labour Party’s Peter Obi, the New Nigeria Peoples Party’s Rabiu Kwankwaso, and the Peoples Redemption Party’s presidential candidate Kola Abiola all attended the debate on Sunday, November 6, which was organized by the Centre for Democracy and Development and Arise Television.

Bola Ahmed Tinubu, the APC presidential candidate, was also not present, and the ruling party was not represented.

However, some spectators interfered with the ceremony by demanding that only presidential candidates take part.

When calm was restored, all four candidates including Okowa were allowed to speak to the audience for a few minutes.

Reacting to the report, Uche Maduagwu wrote, “Ordinary debate, Dem run, but if Na to steal money now, they will be present with Bullion vans, and Custom speed, Peter OBI is our Moses”

Junior Pope wrote, “Them no send Nigerians ever since nah; this shouldn’t be a surprise to you all…..”

One Jefelagos wrote, “Peter Obi and Kwankwaso spoke well tonight 👏🏾👏🏾 My Governor is an intelligent man and he has been answering questions the way I used to pass exams without reading 😂😂😂 #Obidient“
Real_ngwa_pikin wrote, “Tinubu did not send anybody! I swear that man has nothing to offer to nigerians. He keeps dodging interviews and debates,he is never around. How then will he even have time to address this country when he finally becomes president??? That man has nothing to offer and I’m sure all his supporters knows this!”

“INEC should step up its games by setting up rules to sanction those who fail to participate in presidential debates. If not, they’ll be abroad and on hospital beds yet win the election. All of them sending their running mates to represent now won’t let their VPs take any major decision after they assume office.” another social media user wrote.

One closetfigure wrote, “Tinubu and Atiku did not show ! They do not care about y’all ! Obi ; Kwankaso and Kola Abiola did so well! These are intelligent people ; judging by what we saw! The last one toh!”

Reactions as Timi Dakolo shares his chat with daughter, Zoe