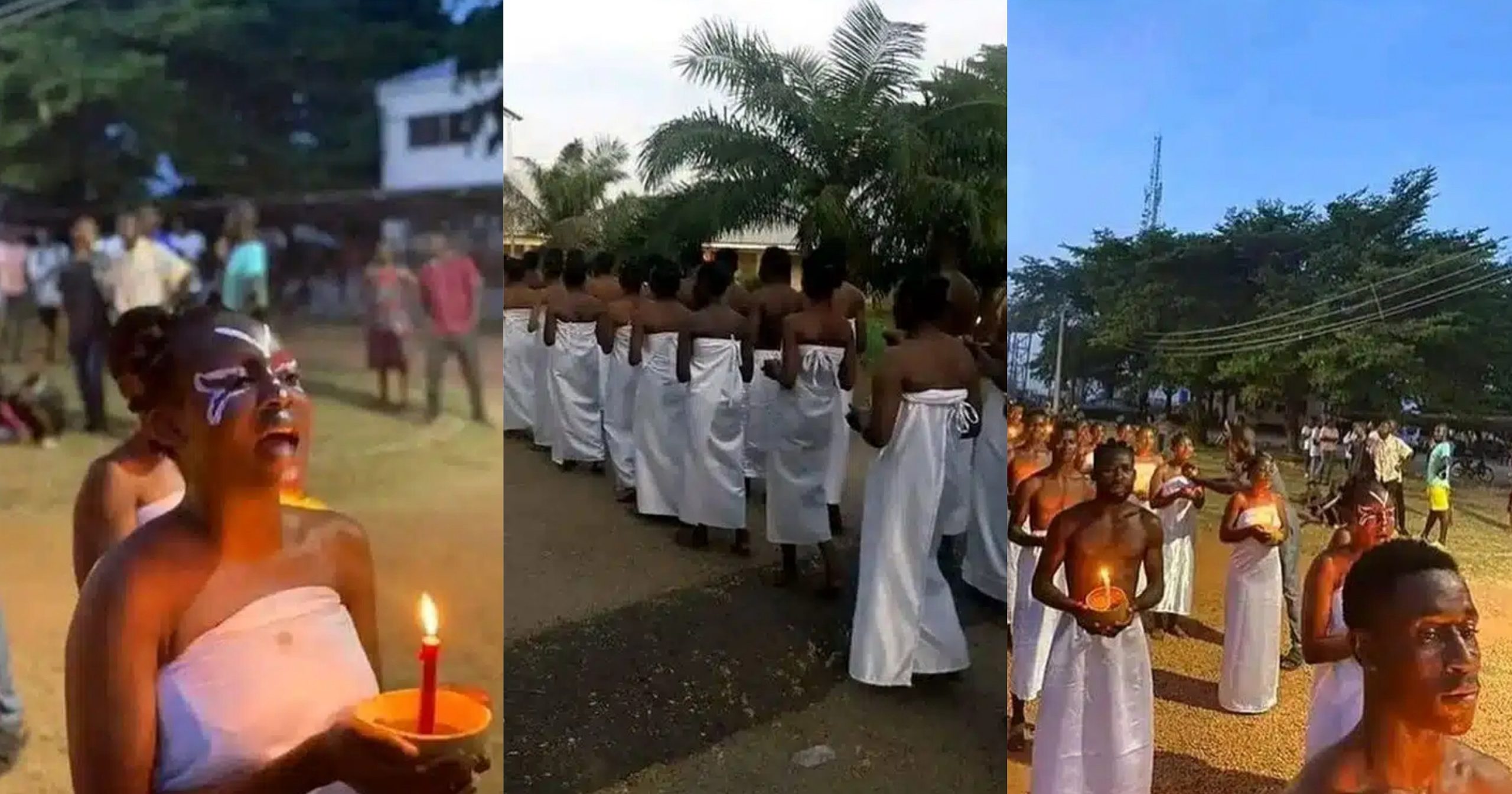 100 level students of the Department of Theatre Arts at Benue State University recently held their induction ceremony which stirred controversy.

Photos from the ceremony showed the students dressed in white attires and carrying calabash with candles. Netizens questioned the morality behind the images as they claimed it portrayed occultism than any typical school tradition to them.

Other netizens who identified as thespians however debunked these claims as they stated that it has been that way for years. They alleged that the induction tradition has been in place for a while and didn’t understand why people were getting so triggered on social media.

Others expressed discomfort at the style of the occasion as thespians assured them that they were inducted in like manner and there was no need to panic.