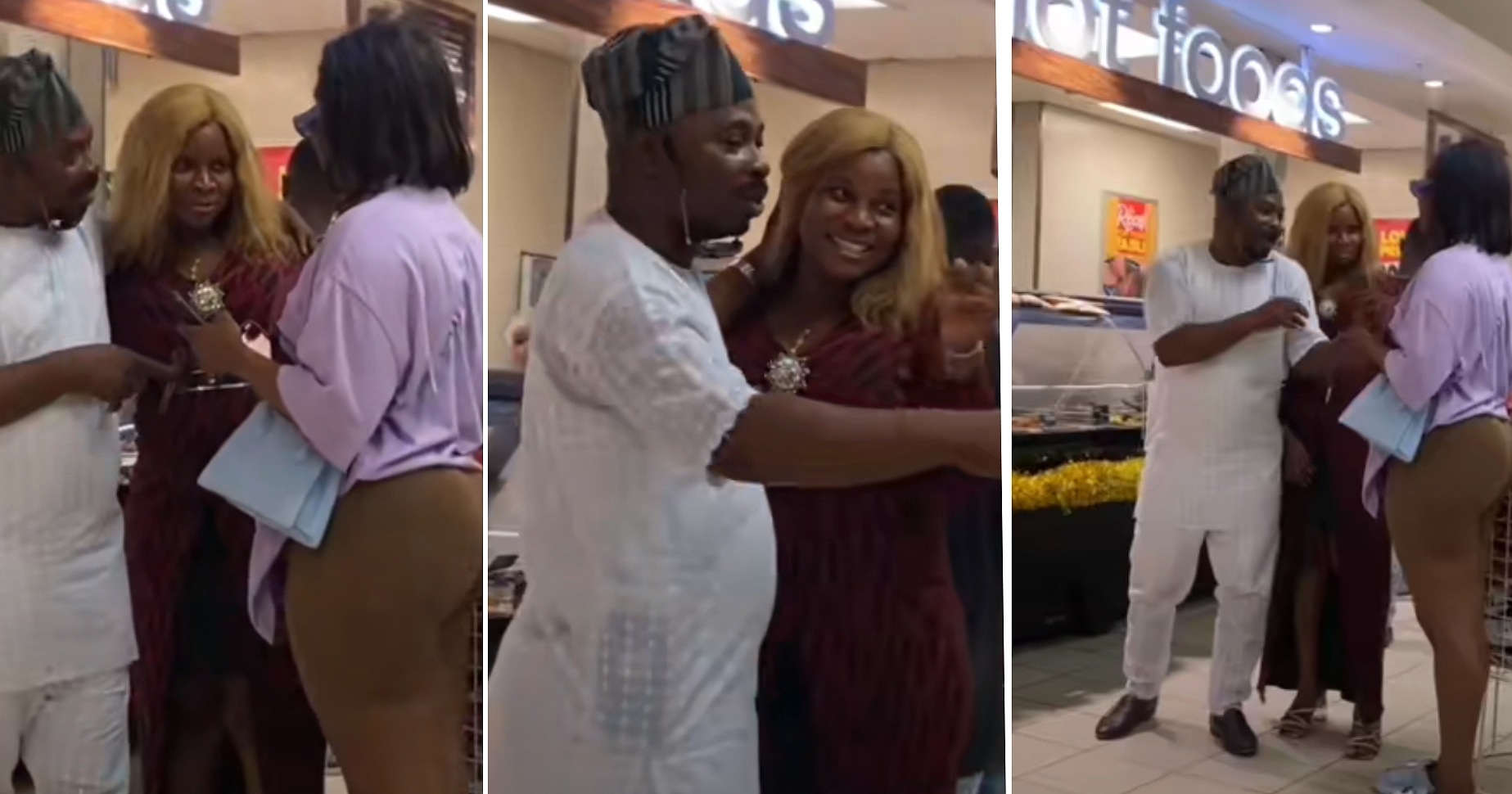 A lady identified as Kingmitchy has shared a video of the moment she attempted to woo a man who went on a date with his woman.

Mitchy requested for his number but he pointed at his wife’s direction and asked her to release the number instead.

The woman was unwilling to give out her man’s number but was persuaded by the lady who claimed she only wanted to be friends.

“You look so cute, can I have your number?”, the lady said while approaching them.

The man who was taken aback by her audacity looked at his companion and then turned to face the lady and asked if she was pranking him. She denied it.

After the man was assured that he wasn’t being pranked, he then asked his woman to give out his number if she pleases.

“I’m a daddy figure and she’s doing well, give it to her” the man said convincing the woman.