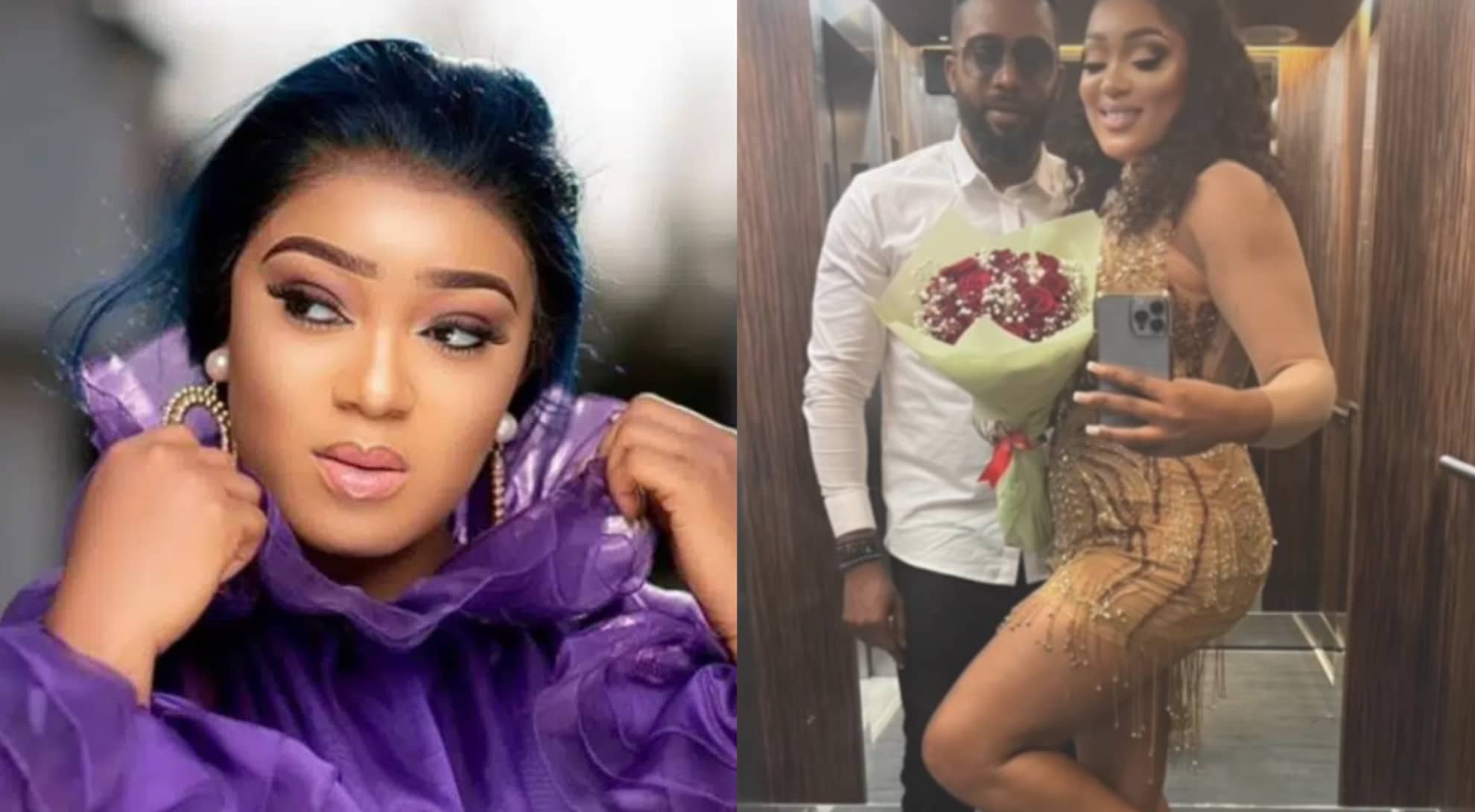 While responding to a fan’s question, the beautiful actress revealed her secrets to being his wife.

The female fan who had a crush on Frederick wondered what her secret to winning his heart was.

In response, Peggy revealed that patience was the virtue she used in being Mrs Leonard.

The fan identified as @amaka5397 wrote,

“Even though u don carry my crush no problem make I go find another one. Peggy what did u add in ur stew?”

In other news, An overly excited groom creates a scene on his wedding day after being asked to kiss his beautiful bride following their holy matrimony.

A viral video shows a groom taking the phrase “you may kiss the bride” to a new level.

After an ordained man of God blessed the union, the groom dashed at his bride, and both parties fell off their feet.