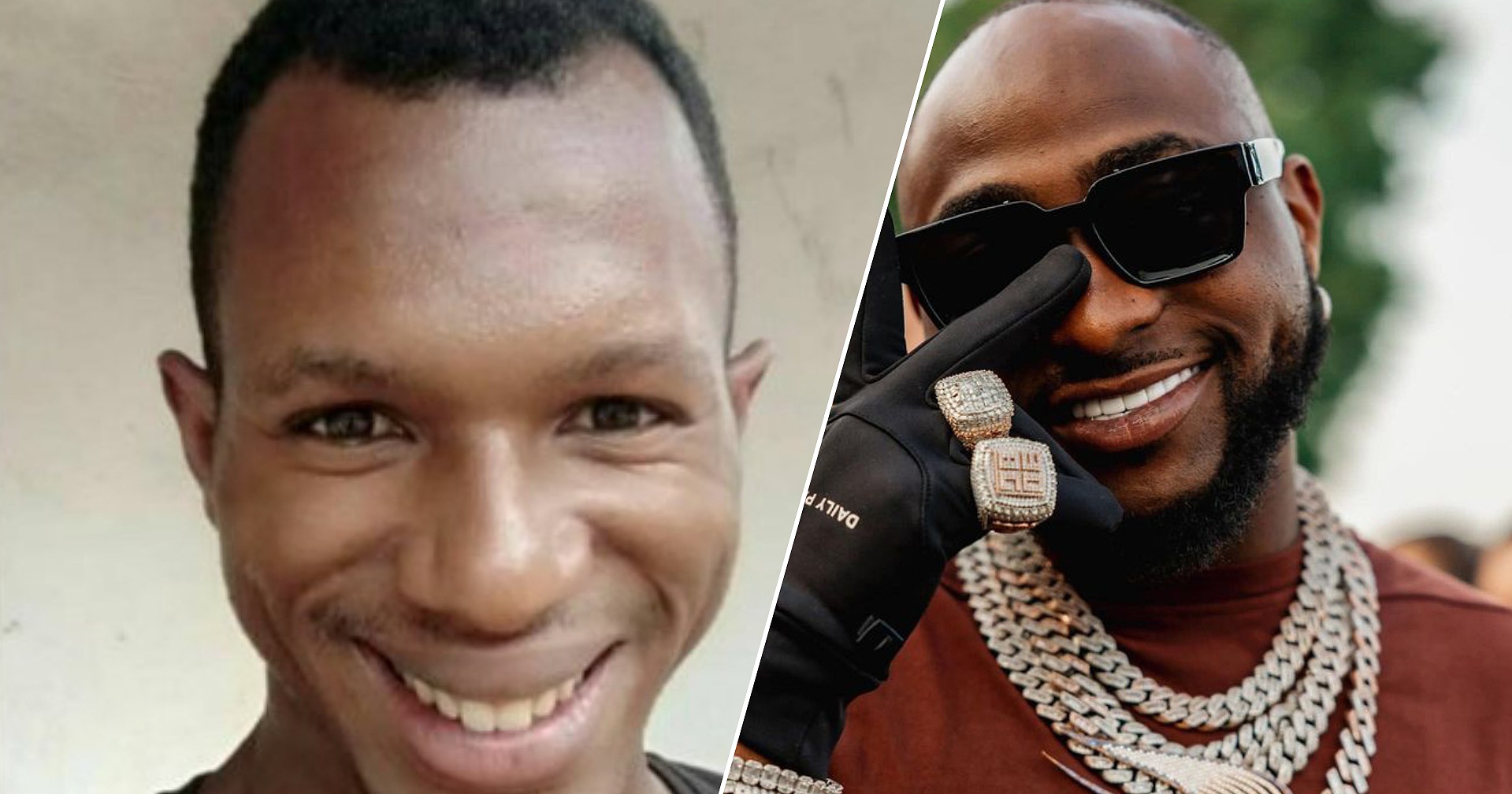 According to Daniels who tweeted his opinion, Davido shouldn’t be on any show till next year and this shouldn’t be a difficult thing for him to do since he cancelled the A.W.A.Y festival of this year.

“Davido will be performing at the World Cup closing ceremony (reportedly), glad he’s feeling better but I d¤n’t think that’s a smart decision since he already postponed his A.W.A.Y festival by one year; He should stand by his decision & decl!ne any offer till next yr. No offense.”

Daniel’s tweet didn’t sit well with netizens has many dragged him for being insensitive.

Duncan Daniels said, “Not your place to instruct anyone on how to mourn bro. Know your place and stay in that lane. I come in peace ☮️.”

Xtian said, “He has already been paid to perform at the World Cup oga. The tickets people bought for the A.W.A.Y festival will remain valid till next year. But do you think there’ll be another World Cup next year??”

Dafem said, “And you will help him pay the fine for deal cancellation,you think it’s something like:hello mio she mo forward your details make I forward your money😂apparently there must be a reason he decide doing it..don’t let your pain hold you back”. 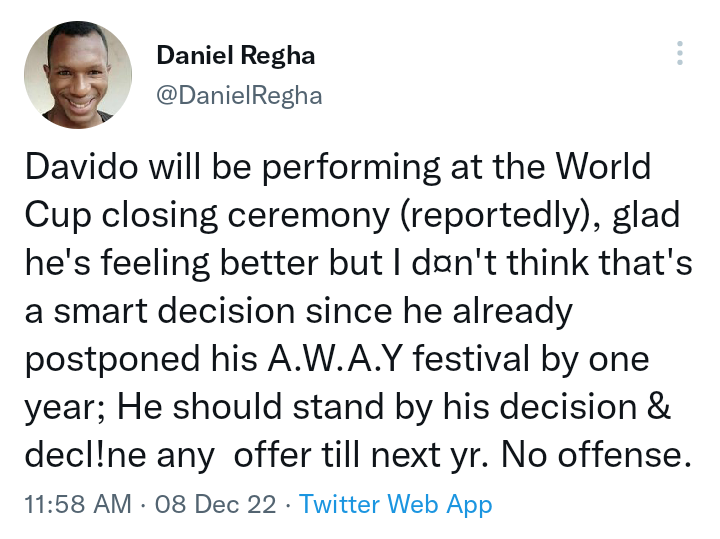