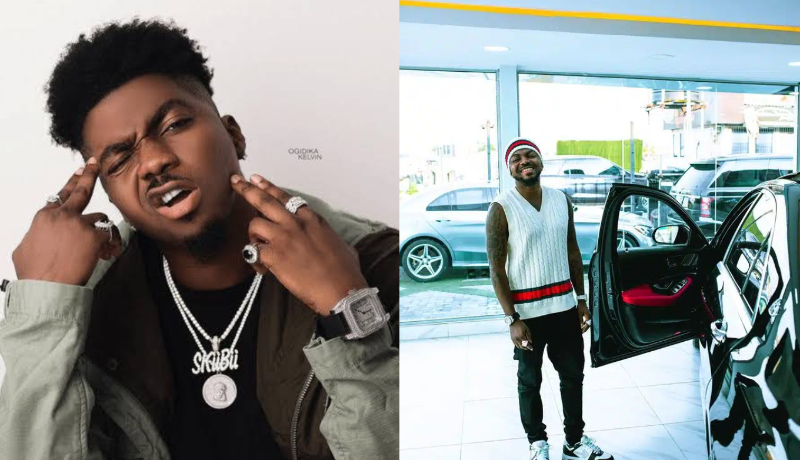 Singer, Skiibii has acquired a new Maybach to add to his cars collection weeks after his ex girlfriend, Dorcas Shola Fapson broke shamed him.

The socialite took to his social media page to roll out photos of the breathtaking ride as fans and colleagues swarm the comment section to congratulate him. “How Skiibii stole from me while on vacation in Zanzibar”…

His acquisition comes days after his ex girlfriend, Dorcas Shola Fapson (DSF) declared he was broke and hungry and spilled secrets insinuating that the singer is living a fake life. Skiibii has set tongues wagging with his new purchase. See some reactions gathered from netizens:

rasheedofnaija wrote: “Where’s this girl that bought a boxers for him”

mide_fwesh wrote: “No be this one they talk say he no get water and food for kitchen”