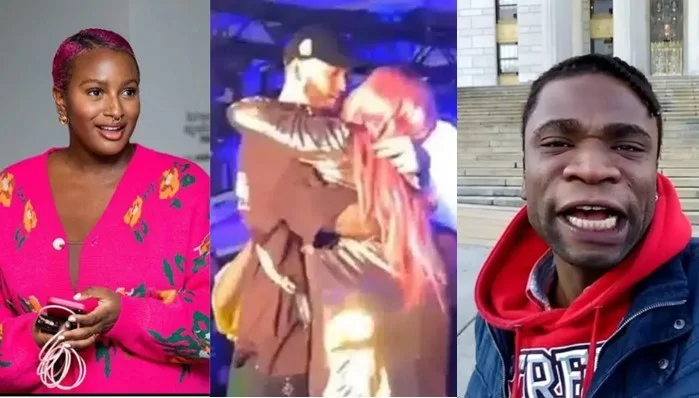 Controversial rapper, Speed Darlington has reacted to the engagement of billionaire heiress, DJ Cuppy to her white lover. It would be recalled that days ago the disc jockey had been proposed to on stage during a concert, and she had accepted his marriage proposal.

In a recent video, Speed Darlington wondered why she would choose a boxer over him that has been showing her signs of his love for her. He expressed his hope that she got engaged out of true love and not because her father, Femi Otedola, put pressure on her or because she was becoming older and no longer had the upper hand.

The rapper went on to talked about how it is usually the eldest sister in an African home that is meant to tie the knot first.