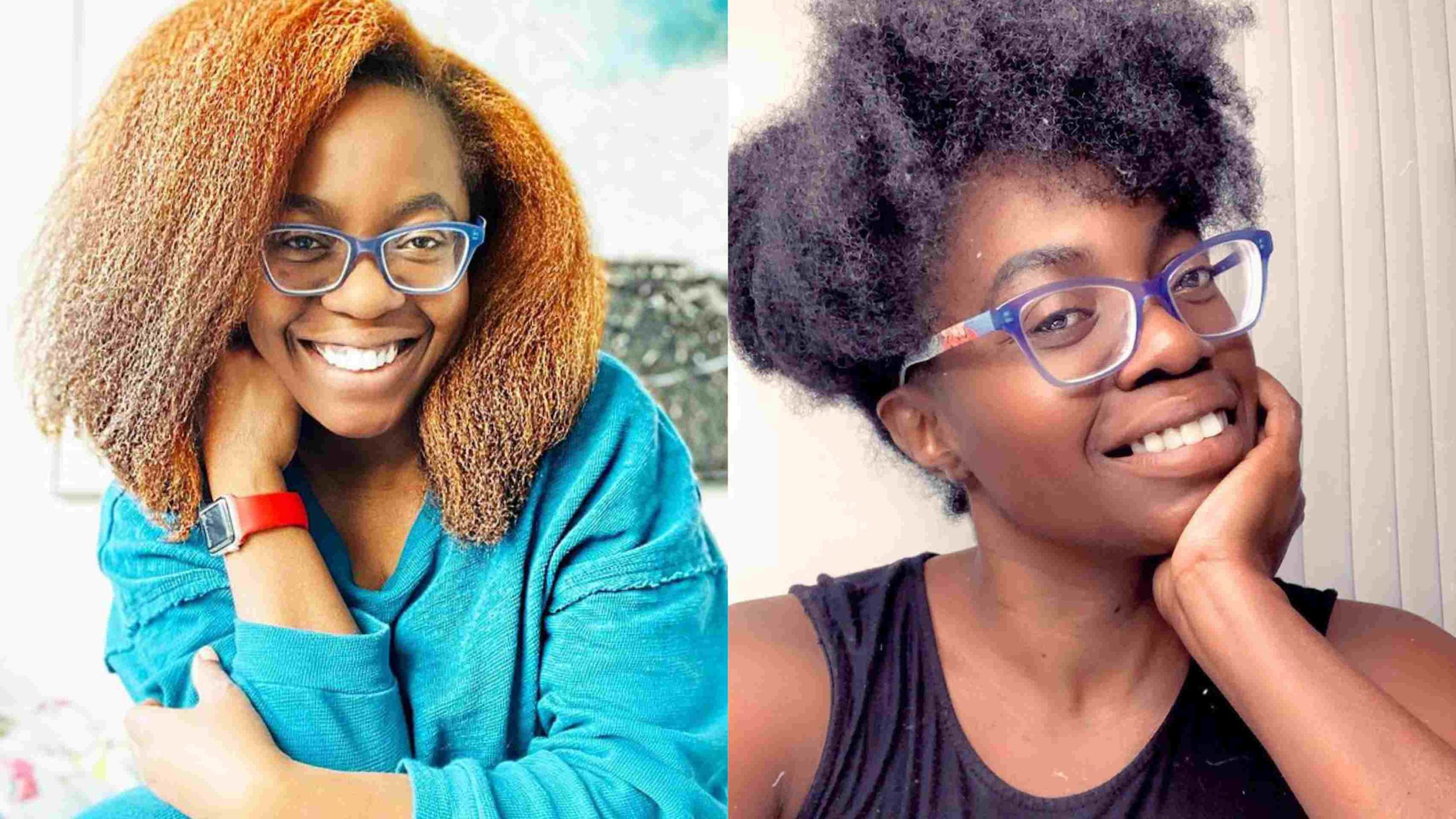 Popular media personality, Shade Ladipo has narrated how she went from being a cleaner to becoming a homeowner in Canada. 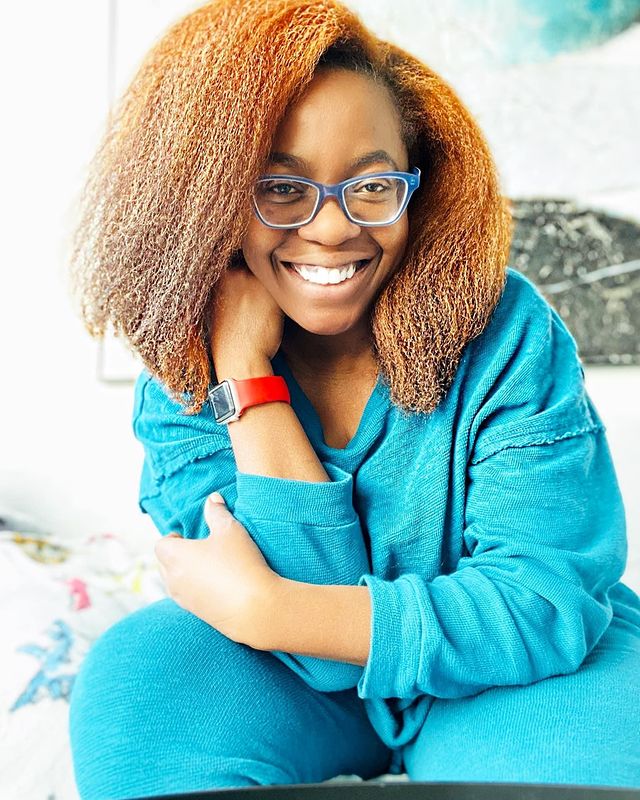 According to the socialite, she had moved to Canada in 2020 and didn’t get a job until 3 months later, when she worked as a cleaner at a gym.

She worked there for a period of six months, before getting another job in a company, which according to her, almost ran her mad.

Wizkid shuts down Lagos as he takes new Lamborghini Urus for…

Two months after leaving the company, she was able to get another job which paid her three times her former salary.

She revealed that she got a new home for herself six months later.

It took me 3 months to find a job.

The job I found was working in a gym as a cleaner.

I did that job for 6 months and then gym got shut down cos of Covid and I was on government funds for 3 months.

I left after 3 months and told God to give me double for my trouble.

Why am I sharing this?

People only tell or show you the floss but they never share the hard times.

I have had haaaaard times 2020 was one of the hardest years of my entire life but somehow….somehow I made

DO NOT RUSH THE PROCESS!!!

Every good thing will come!” 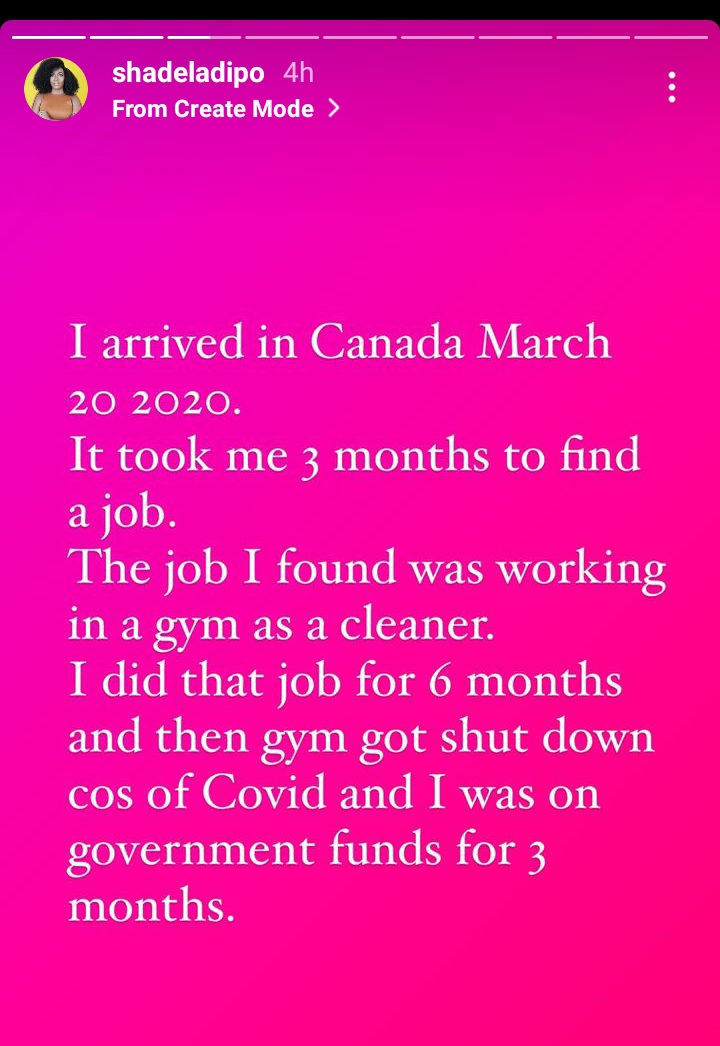 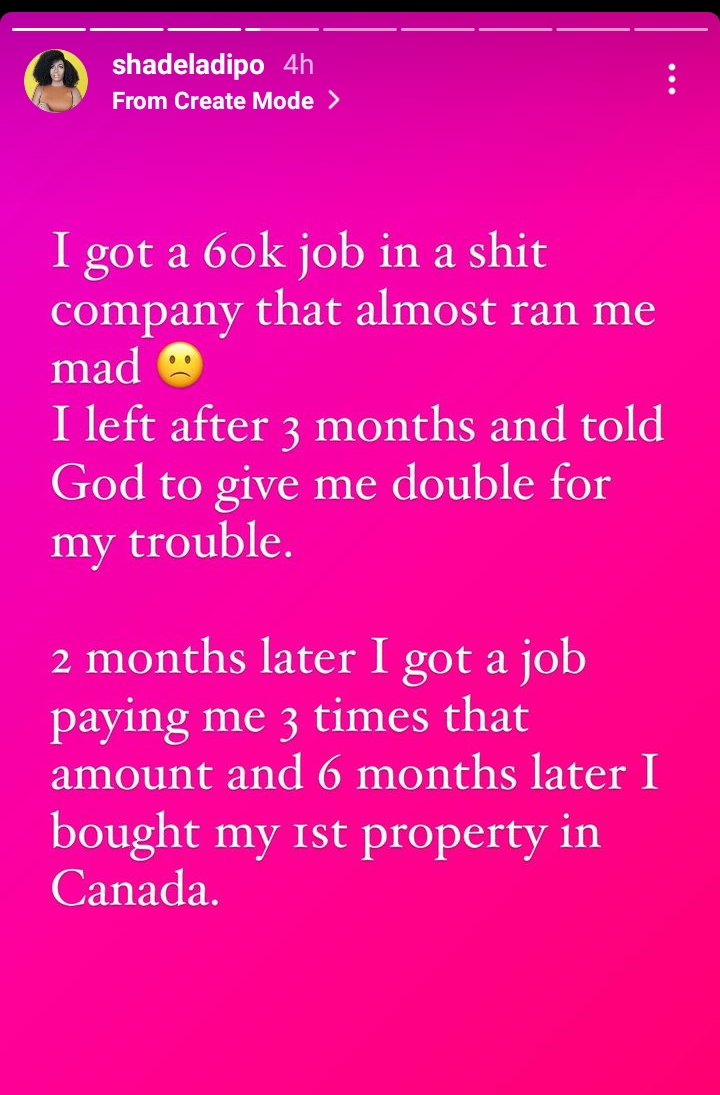 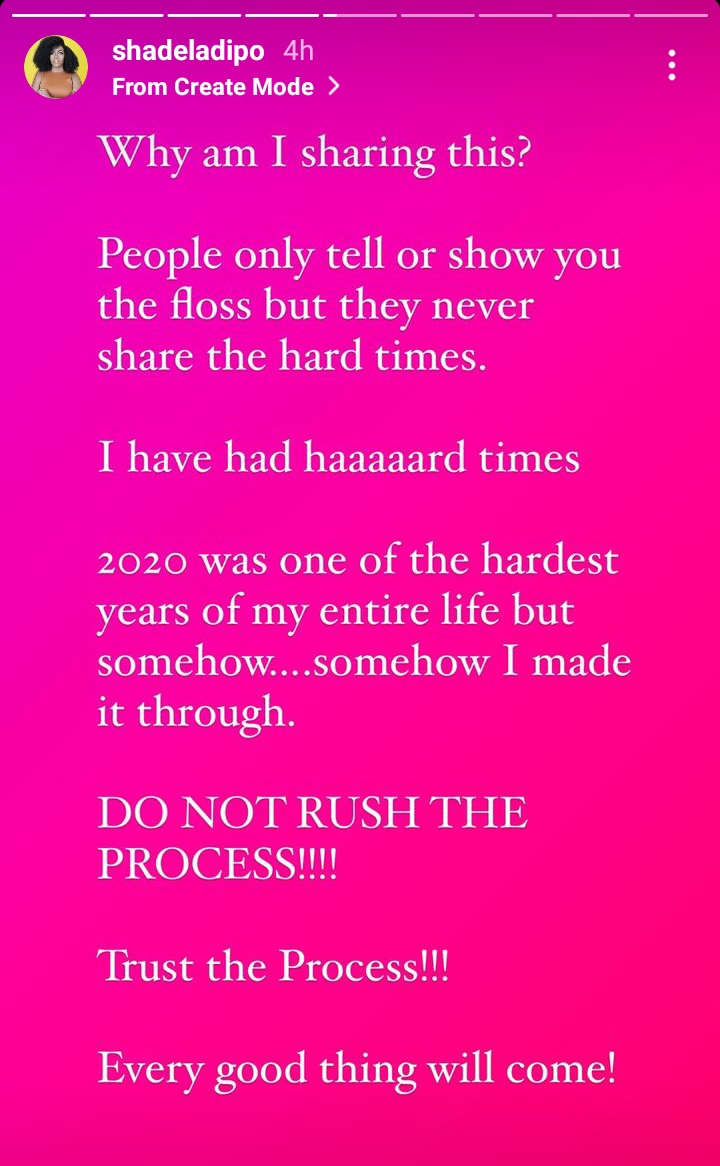 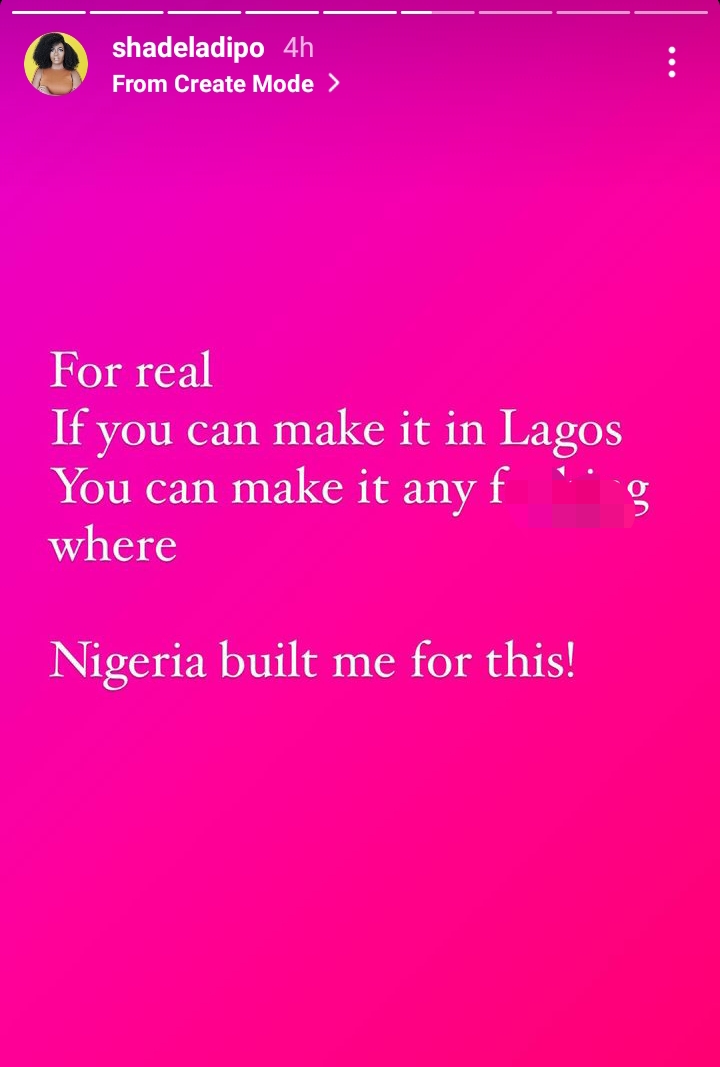