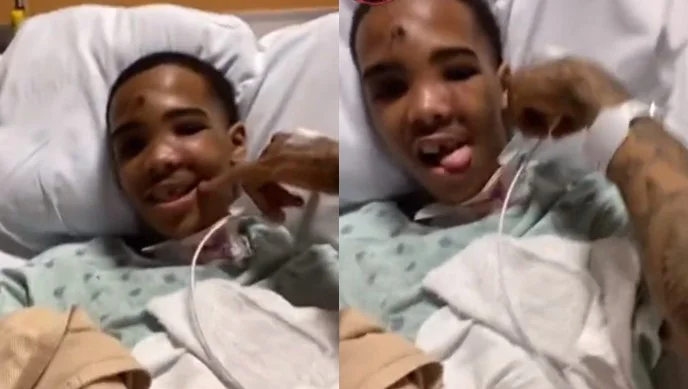 A young black American boy has disclosed that he survived after being shot 12 times by a gang. 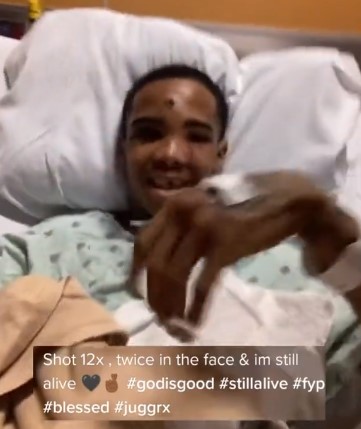 The hospitalized boy took to social media to taunt his assailants telling them that he is still alive despite their attempts on his life.

The young boy who was still in the hospital bed made a video, poking fun of his attackers for failing to complete their aim.

He claims that two of the twelve bullets fired at him struck his face, but he was still able to survive thanks to a successful surgery.

The adolescent made gang gestures and signs, including tattoos on his arm, in the video making the rounds online.