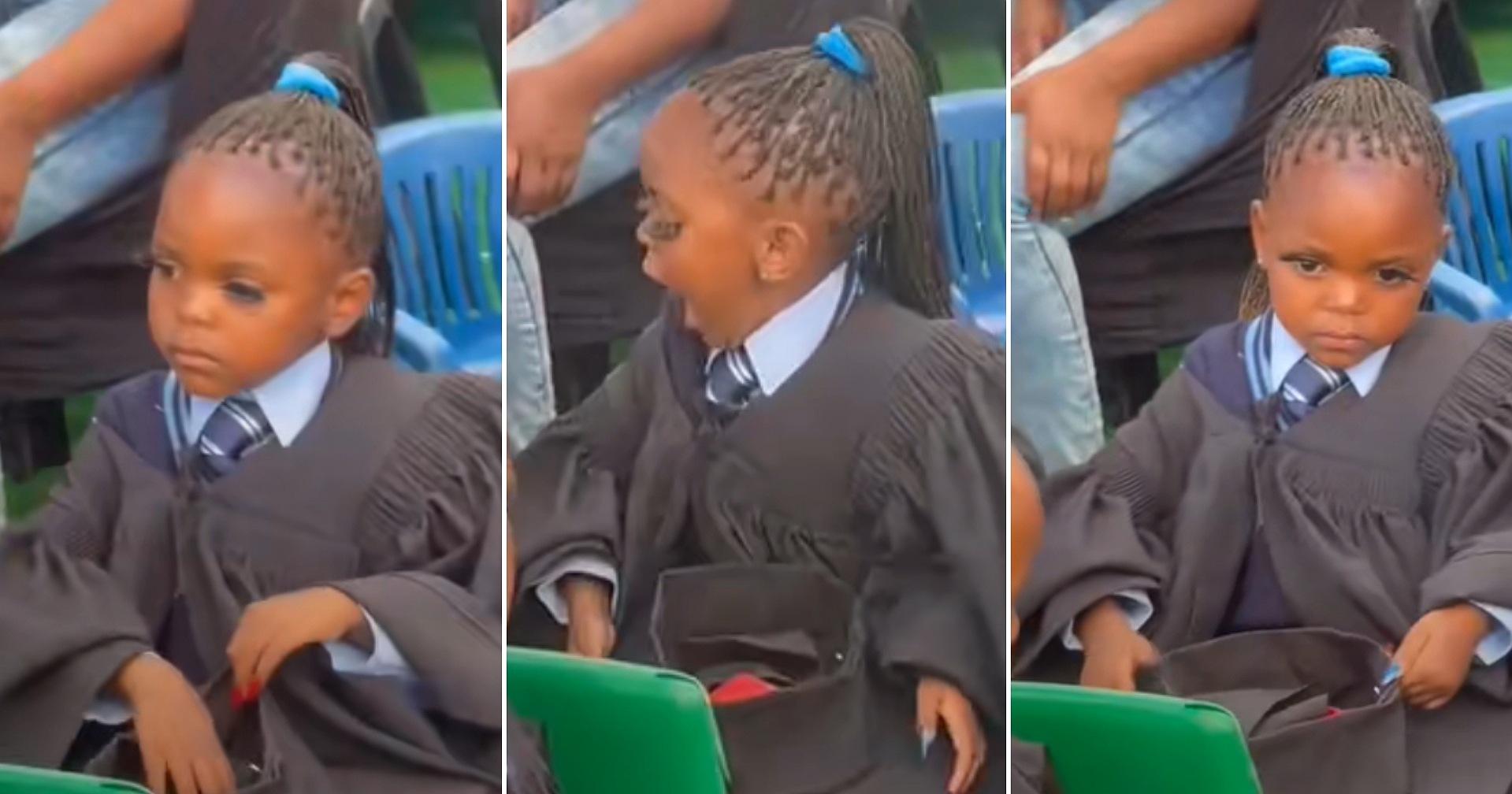 A little girl was captured with the tiniest of braids, long eyelashes and fixed nails during her school’s ceremony day.

The video got tongues wagging on social media as many lamented that she must have cried so much to look that way.

Netizens also insisted that it wasn’t the little girl’s first time since she appeared like a natural while carrying the artificials.

@matshepomash said, “😂😂 chances are she cried for those things.”

@smangaliso99 said, “The principal of the crèche should have not allowed such nonsense 😭😹😹Di babymama dina le stress.”

@palinyc said, “😂😂when you want to prove to the baby D that you can take care of the child.”

@riazee2013 said, “Wait until this video starts trending again after 10 years sometimes we do things forgetting what it will do to them in the near future.”