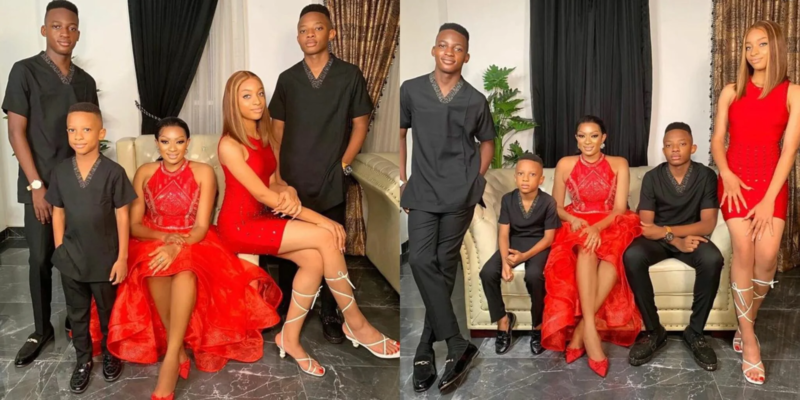 Following her strong stance against polygamy, the mother of four is celebrating her first Christmas without him.

May shared a red and black themed Christmas shoot with their four children on Instagram.

She captioned it with, “Merry Christmas! The Queen, her princess and the boys”. 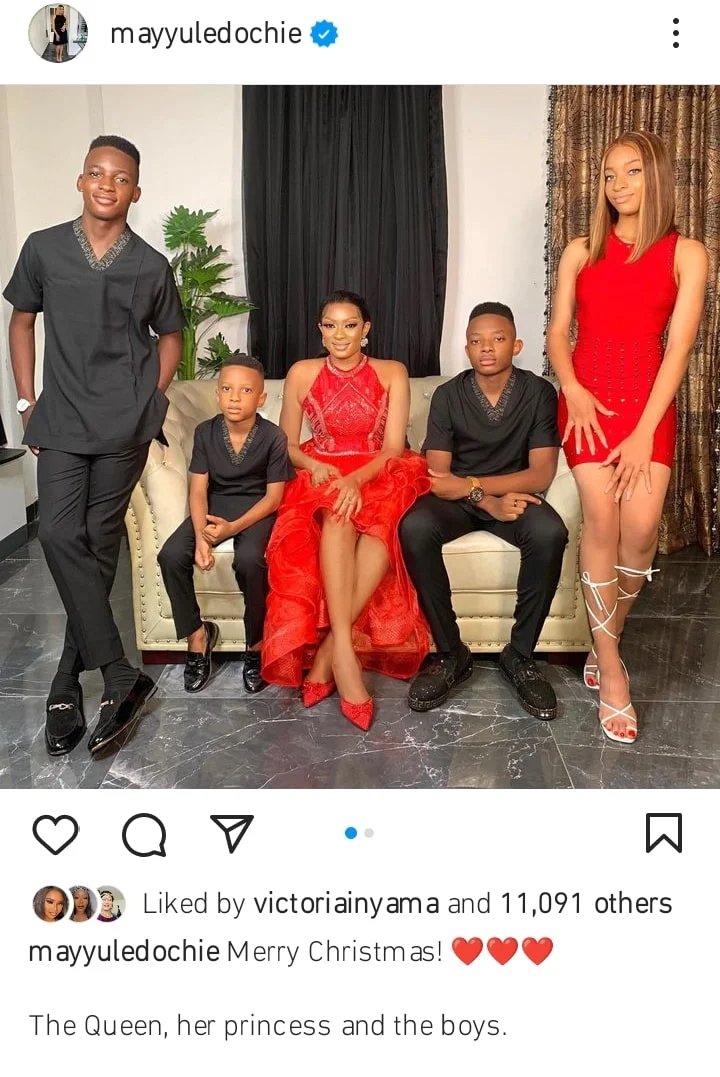 In other news, Timini Egbuson, a Nollywood actor, has revealed that the church betrayed him, prompting him to leave the church.

Timini spoke with Lilian Afegbai on her “Lilian’s Coach” YouTube show about how and why he left the church.

He claimed to be a church boy who used to preach in the main churches as a teenager. He admitted that as time passed, he realized the church was full of pretenders. He revealed that he made the decision to seek God and have a personal relationship with him.

“I have a block button that works” – Nkechi Blessing warns trolls