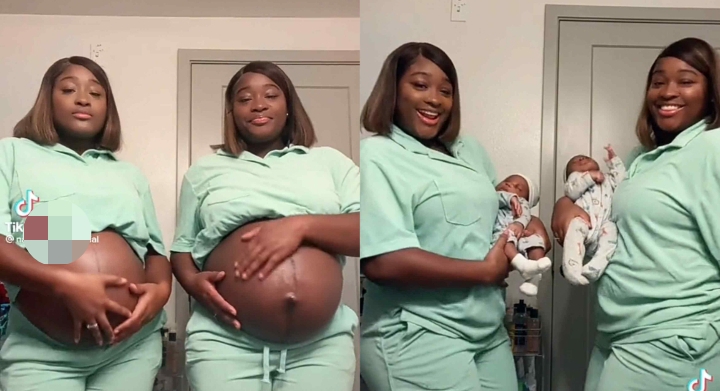 A viral video of beautiful twin siblings who conceived and gave birth on the same day has sparked emotions online. 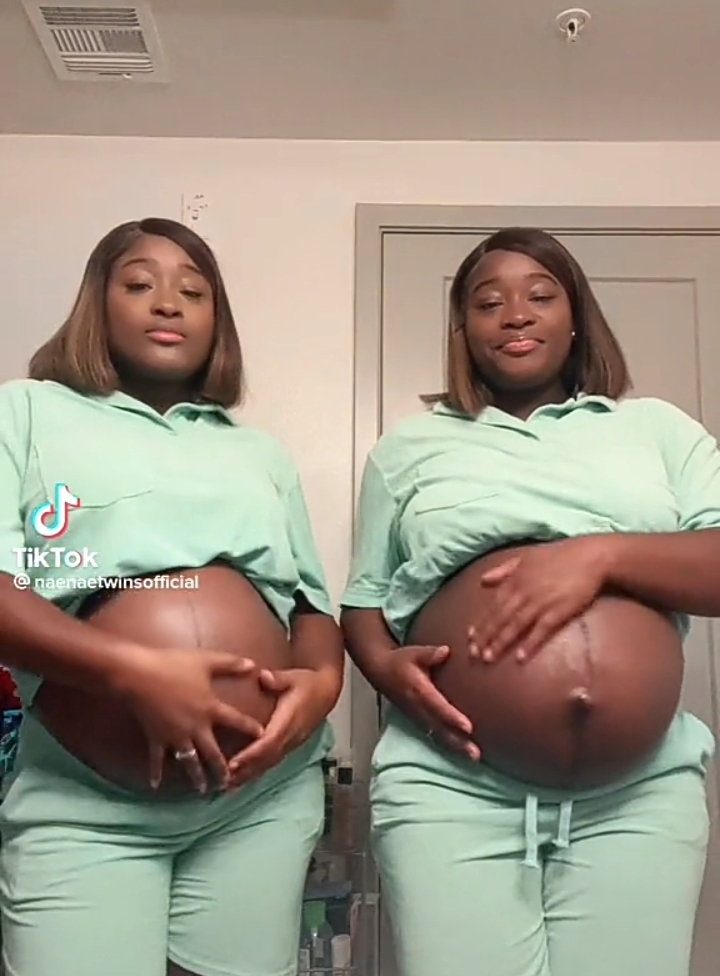 The video was posted on toktoy by Naenaetinesofficial, and many online users were delighted by the news.

The twin sisters both appeared to be very pregnant in the viral clip, and and another scene revealed that both of them had given birth to baby boys. 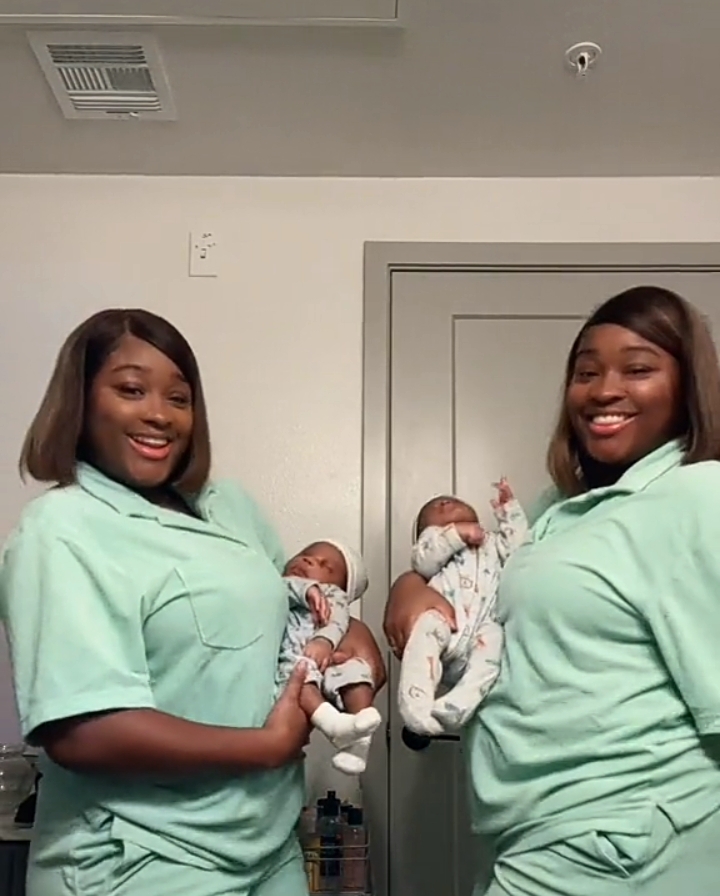 They clarified in a different video that they are not married to the same man and that one of them was expecting for her spouse and the other for her baby daddy.

Additionally, one of the twins gave birth to her first child while the other delivered her second.

Baby boys are here 🙌 Birth Story on our YouTube channel 😅 link in bio.

FAQs about our pregnancies 💕 #pregnancyupdate