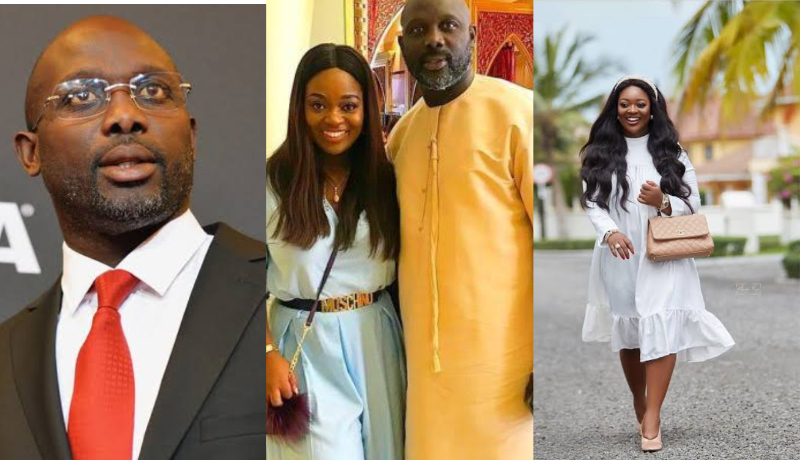 Ghanaian actress, Jackie Appiah is rumored to be romantically involved with the President of Liberia, George Oppong Weah.

According to a Ghanaian site, the couple intends to get hitched on December 26, 2022.

The website claims that Jackie and the president have been dating for a while. When he was still a senator in 2016, the two started dating.

Skitmaker Sabinus allegedly engages his girlfriend at a…

Furthermore, it was said that the president was responsible for constructing Jackie’s one-of-a-kind huge home in Ghana.

Numerous people disagree about the highly coveted actress in light of the article. Many people agreed with the reports, yet some advocated for the actress.

See some comments so far;

One Darot Peace Dude wrote: “The goals of every actress in Nollywood is to enter Politics

One Queendest Beddings wrote: “No wonder… Is now making sense to me

One Laydee Nene wrote: “We all knew she was dating a president, just didn’t know which one! All the best

One Jane Udensi wrote: “Na now we know where the house money come from. Nothing can be hidden under the sun for long. Congrats to them

One Nyere wrote: “No wonder she has one of the best mansion in Ghana. I was like how did she make her money

One Floxy Ray wrote: “If that is it she went for a very big fish not like our Nigerian actress when dey sleep with people hungry husband got bone straight and phones

One Conleth Hills wrote: “Women are it against polygamy, dey just hate it with a poor man

One Virtue London wrote: “Leave this lady alone, she’s not in any relationship with him, your lies I’d too much, your lies can kill ppl

One Sundaimah wrote: “This is not true. Our president isn’t doing such thing

2023 Election: Netizens drag Mercy Johnson after she revealed her support for APC