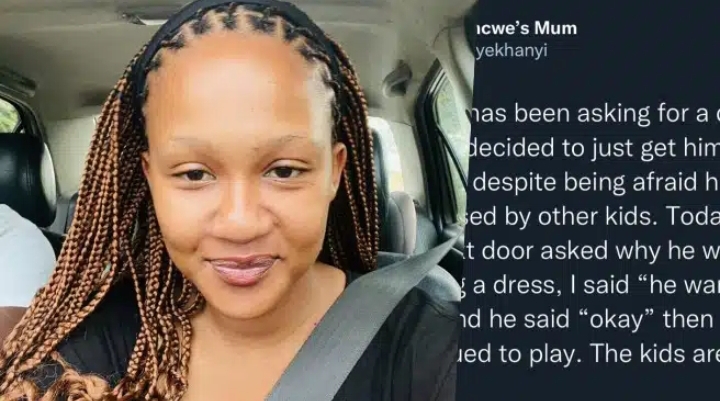 A Single mum has sparked reactions online as she reveals she bought female clothes for her son after he demanded for them. 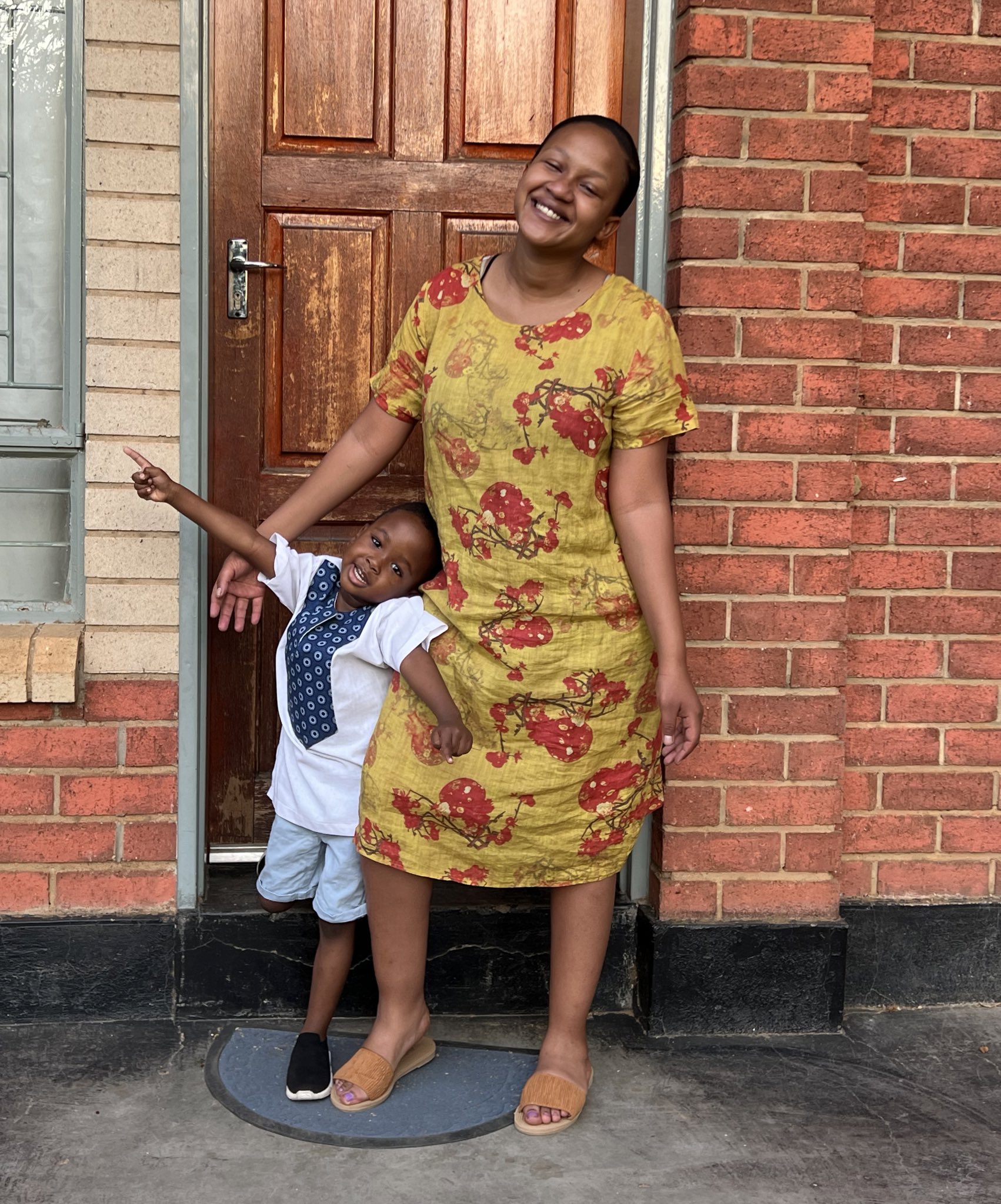 The lady took to the micro blogging platform to reveal that her son had been asking her for a dress, but she had been afraid of him getting teased by other kids.

Against her better judgement, she decided to get the boy a dress which he had wanted.

Woman gets engaged to rich man 20 years after her first…

She said that when the boy wore the dress out, the next-door neighbor’s kid asked why he was wearing a dress, and she replied that he wanted one.

Contrary to her thought about the teasing, the neighbor’s kid simply said okay and continued to play.

“My son has been asking for a dress. I finally decided to just get him dresses despite being afraid he’d get teased by other kids. Today, the boy next door asked why he was wearing a dress, I said “he wanted one” and he said “okay” then they continued to play. The kids are alright,” she wrote. 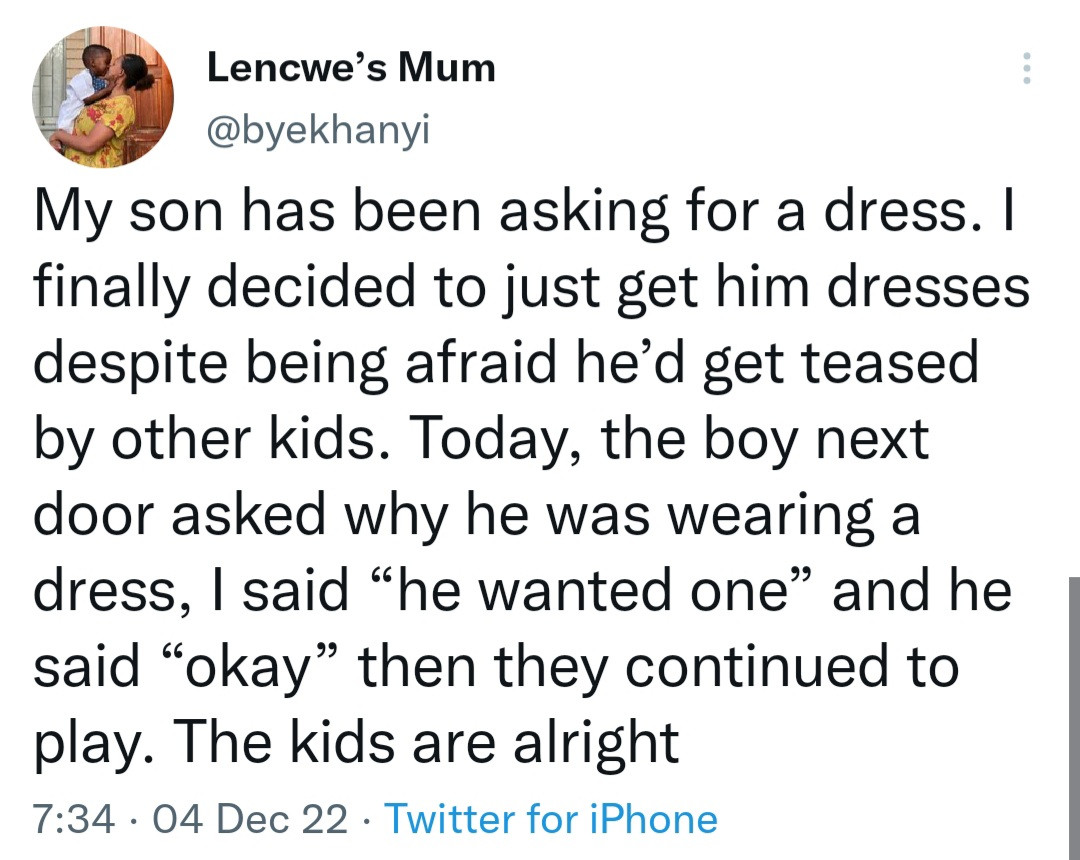 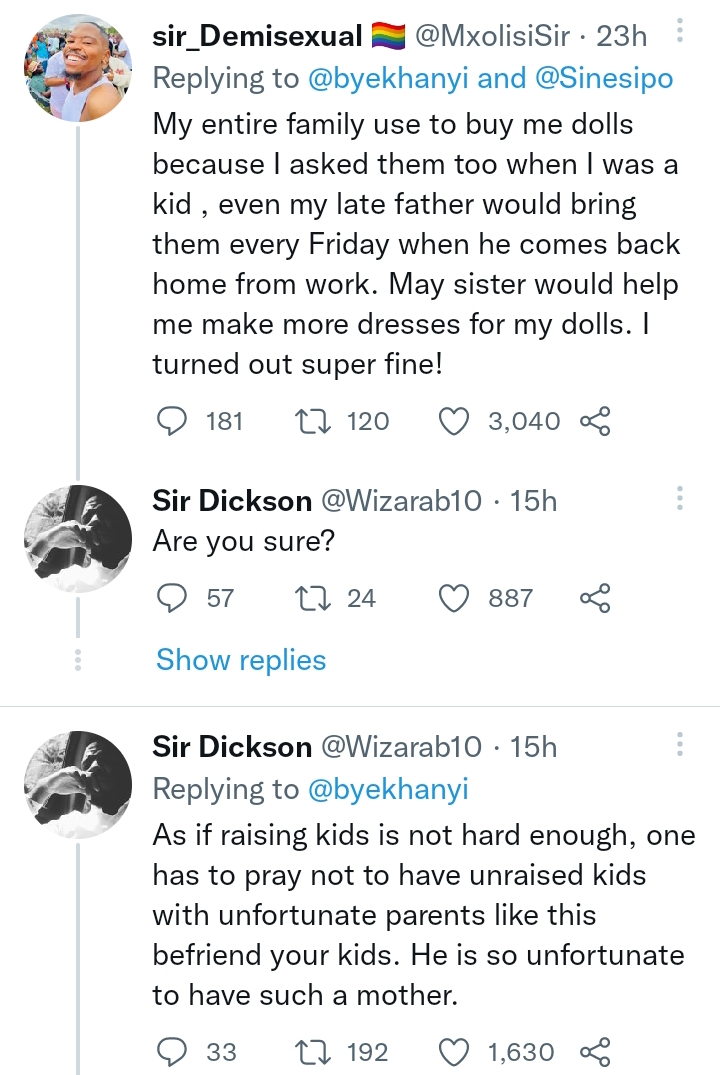 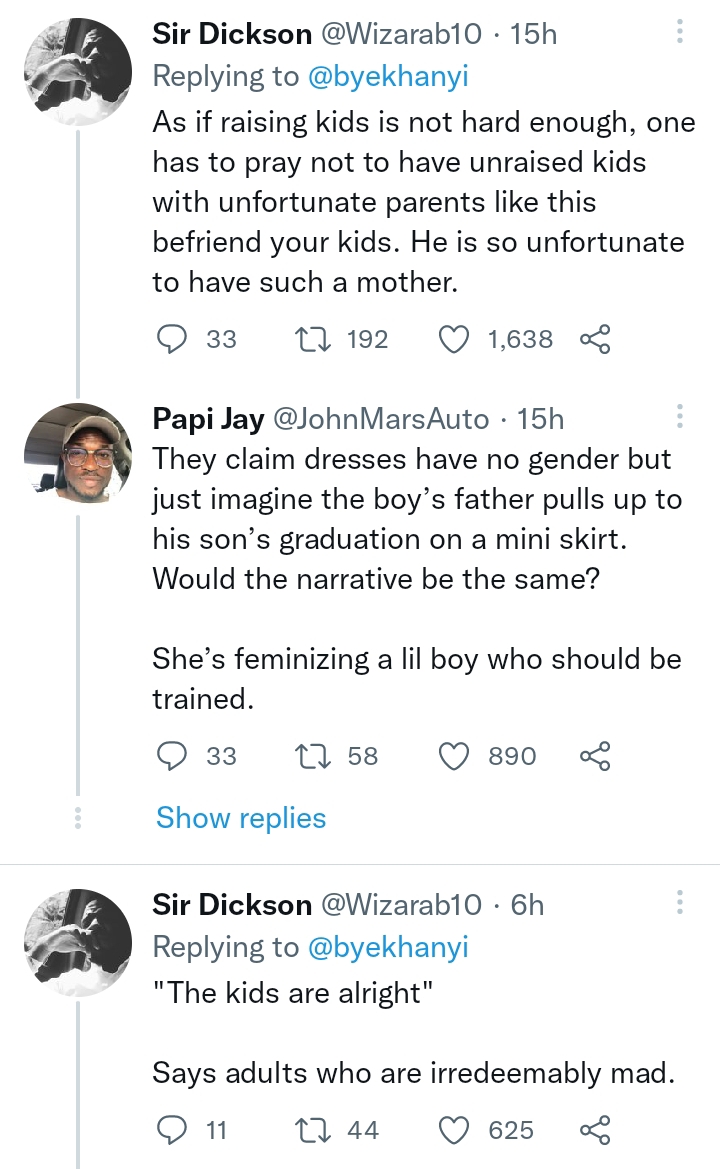