“What did you just delete?” Man uses GB WhatsApp to catch his cheating girlfriend, leaks her chat 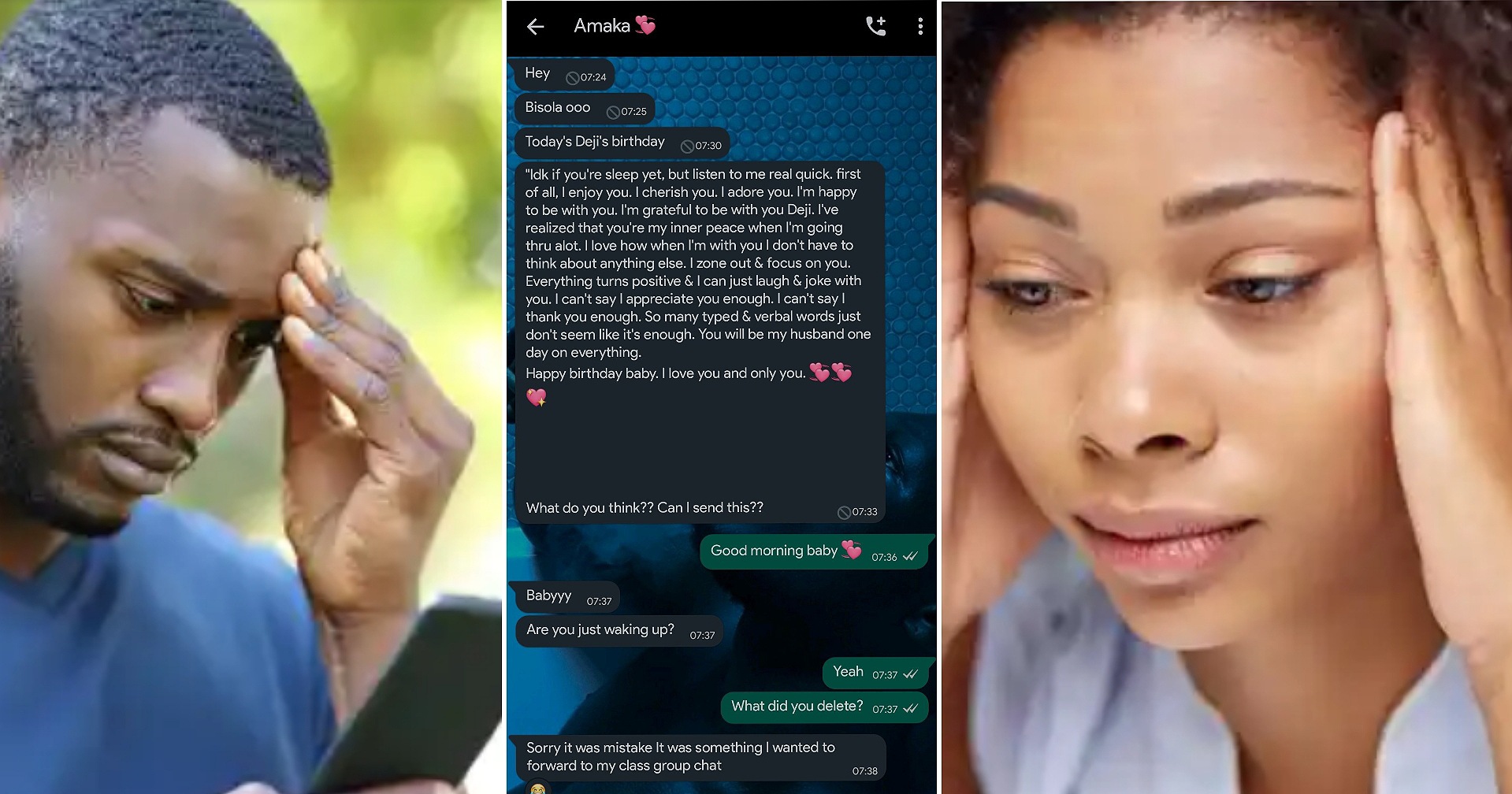 A Twitter user by the name, PopCee has shared a leaked WhatsApp chat between a cheating girlfriend and her second boyfriend who caught her after she mistakenly sent some messages that were supposed to be for her female friend.

The unsuspecting boyfriend caught her because he saw the deleted messages as he was using a GB WhatsApp.

Leaked chat surface as Yul Edochie’s wife, May reacts to…

This got tongues wagging in the comment section as many found the story unbelievable.

Ololade said, “It’s either this is scripted or she did this intentionally…cause which kind mistake be this..you sent 4 different messages to a different person..Ahnahn E no gel at all.”

Merit said, “How did she send 3 messages without noticing who she’s texting?”

Richy Emmanuel said, “This is too good to be true. How can you send 4 messages to a wrong chat without knowing? Was she sleep typing???” 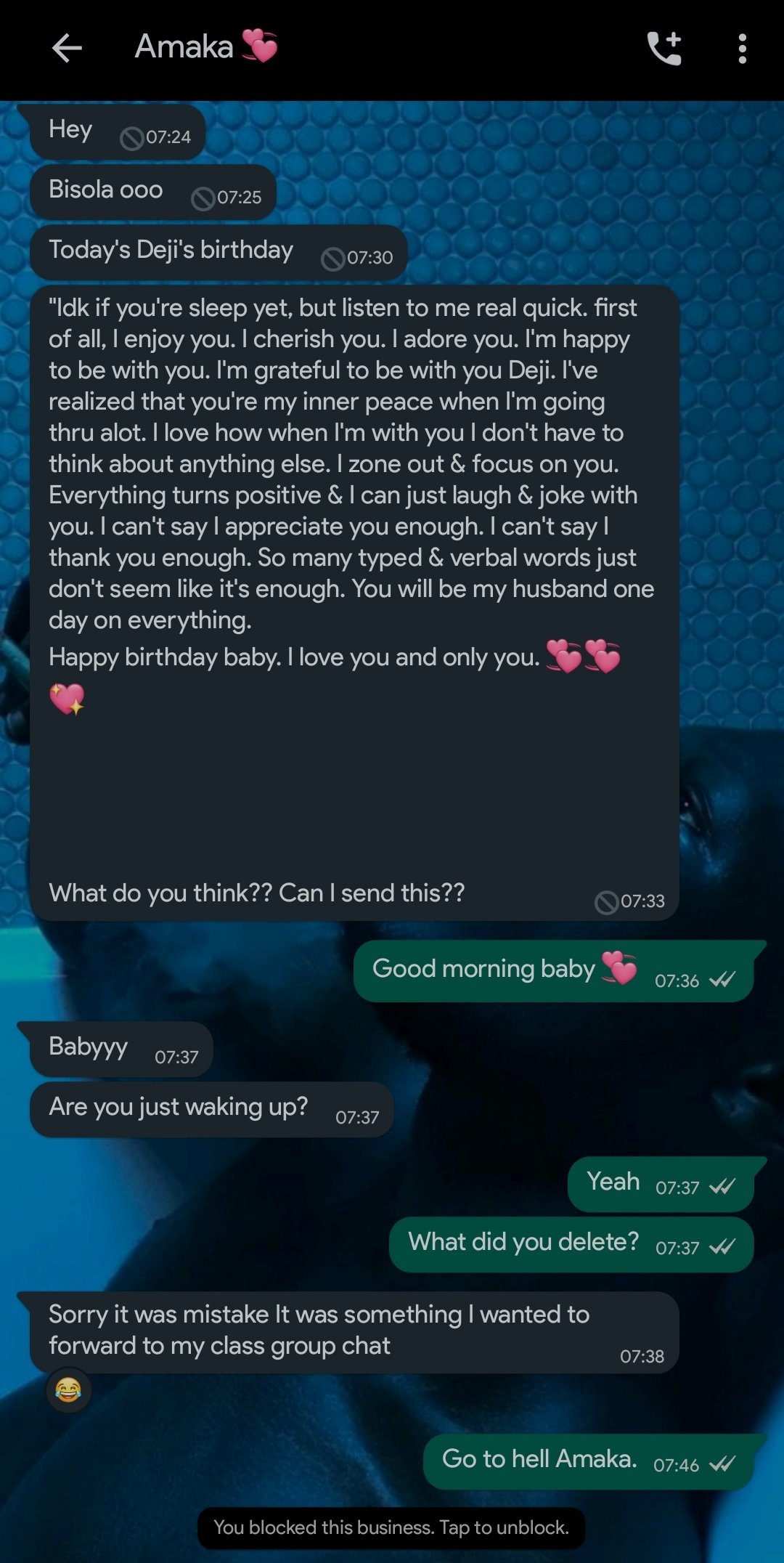