“Why I killed my neighbor with a machete” – Native doctor confesses 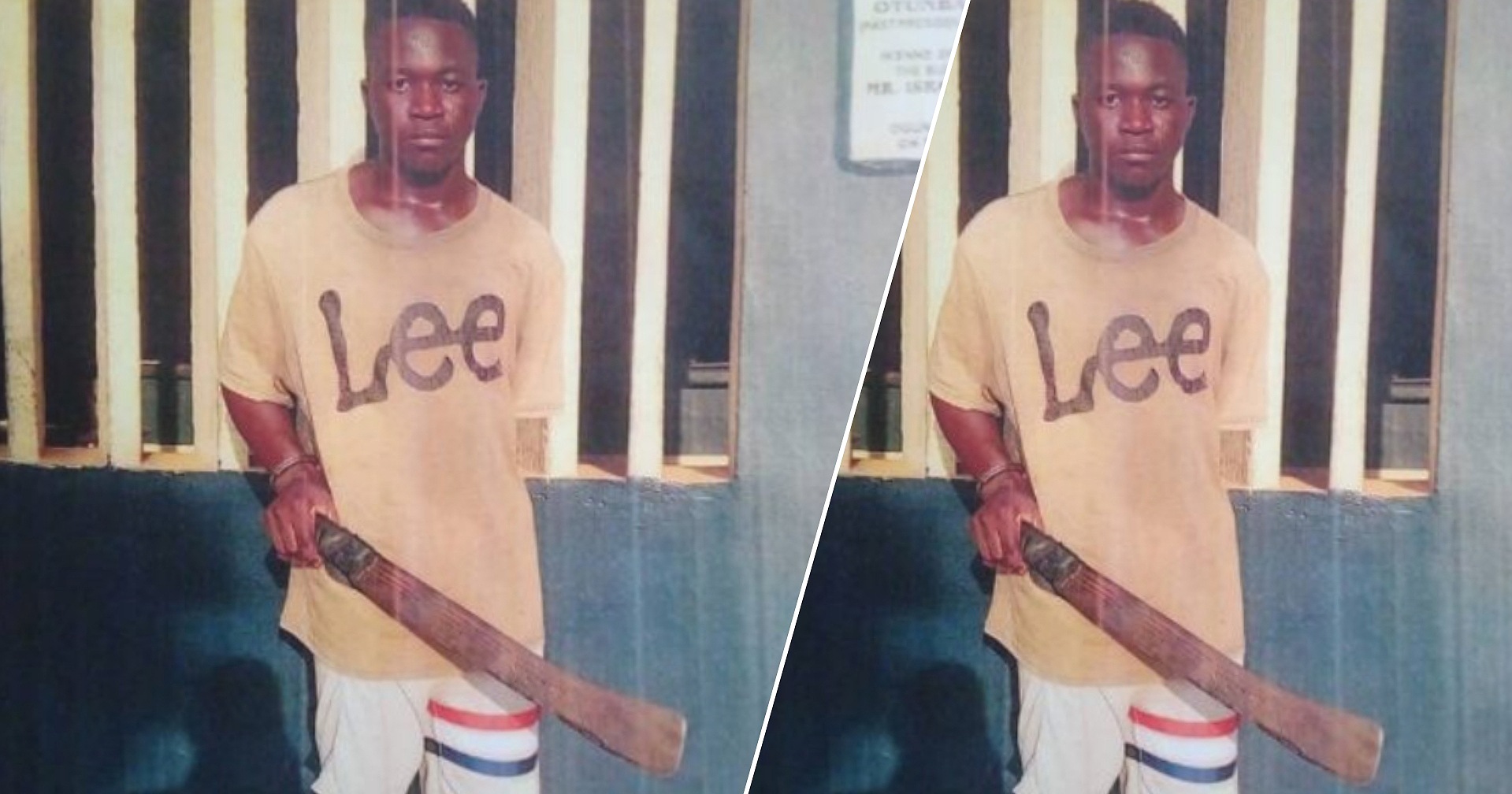 A murder suspect, Idowu Talabi, who claims to be a native doctor has revealed he killed his neighbor with a machete to stop him from incessantly calling him a thief.

Upon arrest and interrogation, Idowu confessed to the murder of the deceased 30years old.

Idowu confessed to killing late Isau Olwatobiloba at No.4 Best Way, in the Moro area of Ikenne, Ogun State.

“There’s too much hate and envy in the world, let’s kill it…

The deceased’s wife had returned from a church vigil to find her husband lying lifelessly on the bed, with machete cuts on his body.

She then lodged a report with the police at the Ikenne Police Divisional headquarters.

“After a thorough investigation, Idowu Talabi, who claimed to be a native doctor, confessed to killing the deceased for accusing him of stealing”, the police said.

In addition, police said they recovered the machete Idowu used in killing his victim.