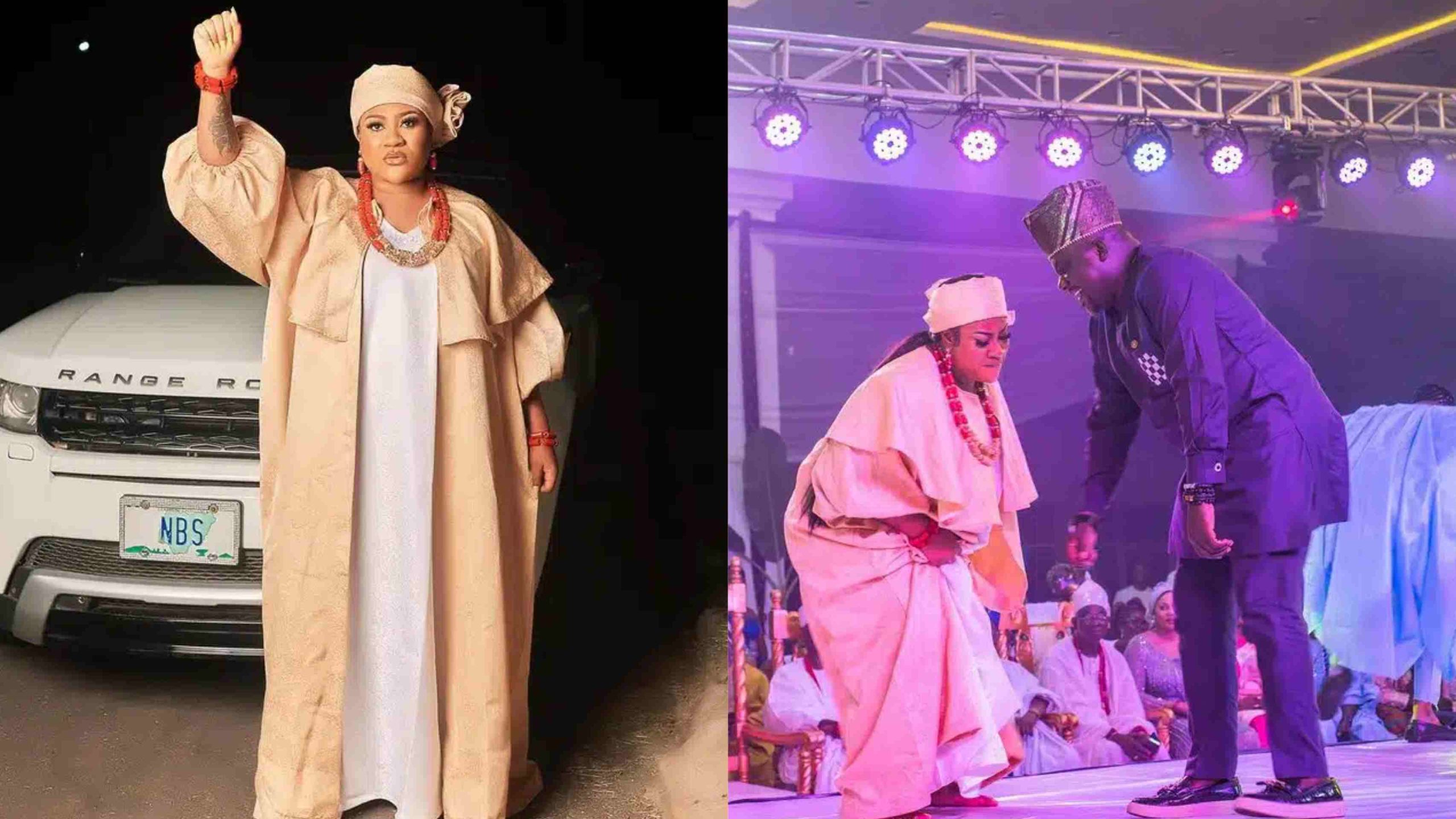 Controversial Nollywood actress, Nkechi Blessing speaks on why she twerked for Ooni of Ife amidst trolling from critics. The thespian had stirred mixed reactions after she was spotted in a video gyrating for the monarch.

While speaking on the reason for the suggestive dance moves, she revealed that she was losing the dance to a colleague, that is why she decided to take it to another level.

She added that the dance had clinched her the second position, which earned her a N250K from the monarch.

“About yesterday’s judge’s dance competition as my Oga @fagboyobamidele don Dey win me I say make I improvise but las las I came second and walked away with 250k courtesy the king @ooniadimulaife May You live long sir..God bless you abundantly for putting smiles on d faces of millions”.