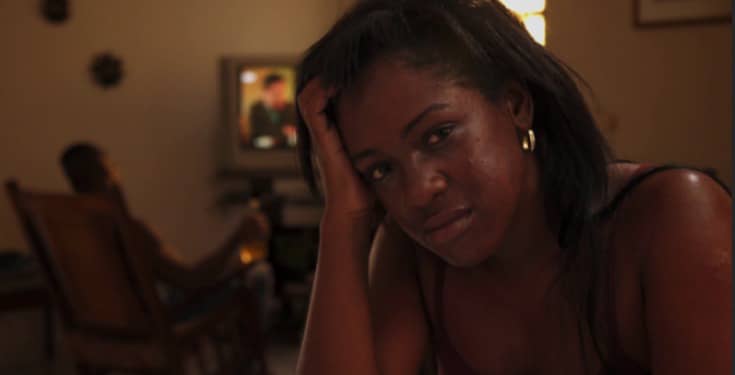 An Ondo woman identified as Iya Nifemi has recounted her experience after her husband tried to kill her.

Iya Nifemi narrated how her husband cut her throat in an attempt to kill her in the middle of the night after an argument.

According to Iya Nifemi, she refused to lend money to him because he had not paid the previous debt he owed her. Sadly, she almost lost her life if not for neighbors that came to her rescue.

”My husband tried to kill me at midnight because I refused to borrow him more money after he failed to pay the one he had earlier collected.

“He nearly slaughtered me when I refused to give him more money after I asked him to pay the previous debt of about N200,000 and the one he is also owing our neighbours. I spent four days in the hospital for treatment.”

An eyewitness also said the husband jumped inside the well at about 3:00 p.m. on Friday while the meeting to reconcile them was ongoing.

“The man claimed that personal challenges and the fact that his wife is no longer faithful to him, led him to attempt killing her and that after he failed, he then decided to kill himself and end it all.

“I also think that because the man has been jobless and always depended on his wife. He became depressed and frustrated. He was also said to have borrowed money from many people and does not have the means to repay.

“On the day of the meeting with his friends and the father-in-law, he came and while the meeting was ongoing, he excused himself.

“We later heard people shouting that Awelewa has jumped inside a well. It took some hours for sympathisers to rescue him.

“He later told those who took him to the hospital that he decided to commit suicide when he saw some strange faces at the meeting and thought the father in-law had invited policemen to arrest him for attempting to kill the daughter.

“He was rushed to the hospital while his father in-law insisted that he should be arrested by the police because if he’s let loose, he may commit another heinous crime.”

“The moment I dread the most is here” – Yvonne Jegede opens up about ex-hubby, Fawole