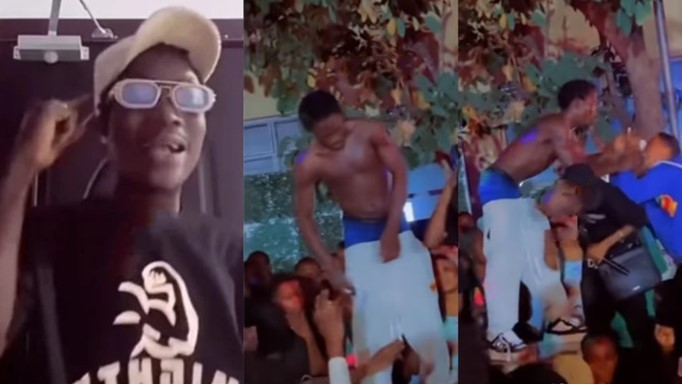 DJ Chicken, a Nigerian entertainer, never seems to be short on controversies, the most recent being how he treated a fan at a show.

According to a social media video, the Disc Jockey forcibly snatched a wad of cash from a fan while he was performing on stage.

The man moved closer to the stage area, and in the excitement, he displayed the cash in his hand, which Chicken noticed.

DJ Chicken reached out in reflex to grab the money and successfully removed it from his grasp.

The social media influencer then put the money in his pocket, leaving the fan perplexed.

Reacting, fisayoful said; A vayolence representation of secure the bag 😂😂

mcmakopolo1; Na that money them for use wrap chicken shawarma

teeh_lyfstyle; Portable intern be doing the most 😂😂😂

db_naturals_; This one is not okay at all.. See his name sef, Mtcheww 🙄

callmedamy; Between this guy and portable i no know who dey get [email protected] pass😂😂