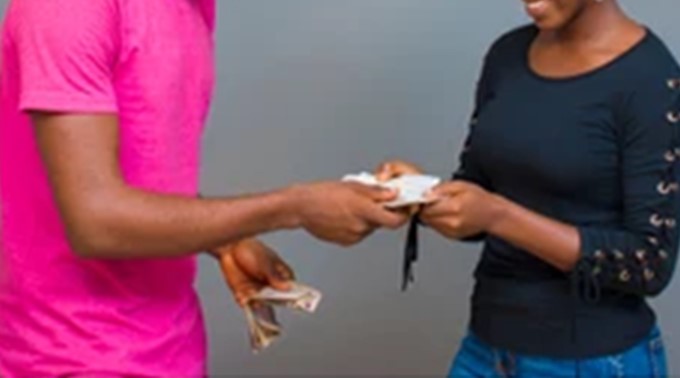 A lady expressed concerns about her boyfriend on whether he is someone she wants to continue being with following a recent monetary exchange.

She explained that she asked her man to give her 3k when her sister’s inhaler finished and she was exhibiting signs of an asthmatic attack.

He gave her the money yesterday but to her surprise he decided to ask her for the money today believing that it was just a loan.

The girlfriend who said they have been dating for 8 months said he hardly supports her financially and the request for purchase of inhaler was a one time thing she expected to be for free.

She was shocked when he called her and wondered if she forgot to send him the money after making profit from her business.

In her words; “Please, something has been bothering me and I don’t know if it’s a red flag or not so I’d like you to keep me anonymous and post for your followers opinion. I have been dating my boyfriend for 8 months now, and he’s a nice guy, he calls me everyday to check on me and all.

Now, what’s bothering me is the fact that he doesn’t help me financially. I just started a small pastry business so I’m sustaining myself with the small profits I make, he knows I don’t get a lot of profit but he never ever offers to help me even though I hardly ask for his help.

Yesterday, my sister’s inhaler finished and she was showing signs of having an attack and we didn’t have any money at home so I called my boyfriend to ask him for 3,000, he gave me the money and called me today to ask for the money back, asking me if I forgot to pay him from the profit I made today. I’m just really worried and I need advice. Thanks.”