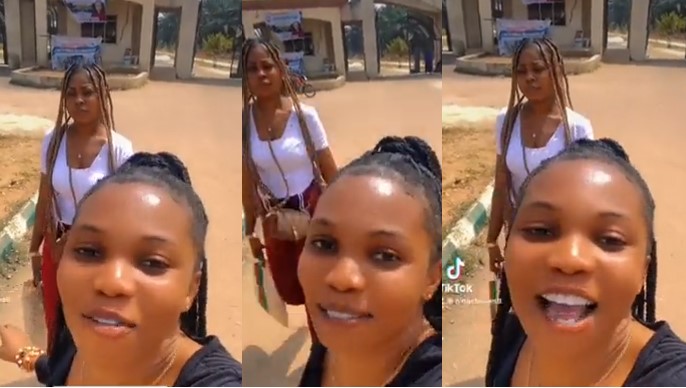 A Nigerian woman shared a video of herself making fun of a friend who had just had her heart shattered by her boyfriend. 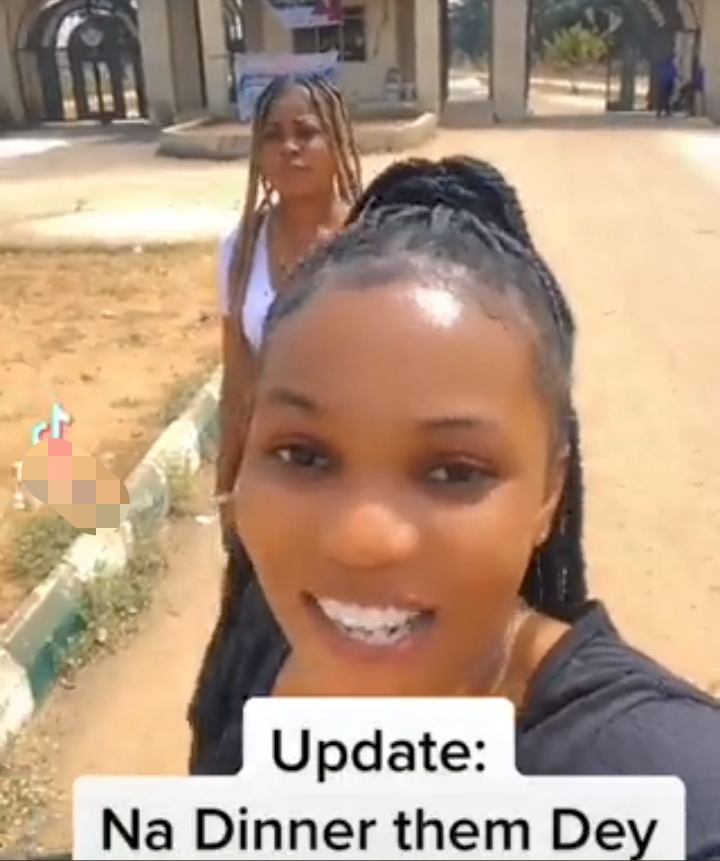 After the alleged breakup, the two girls, who appear to be students, were seen leaving through what appeared to be a school gate.

The witty woman claimed that the ex-boyfriend of her friend offered her dinner rather than the form of heartbreak known as “breakfast.”

The devastated woman could be seen standing behind her in the video appearing unhappy while she could also be seen making the comment while laughing loudly.

Upon saying that, her devastated friend quickly gave her a hot chase for making fun out of her emotional situation.