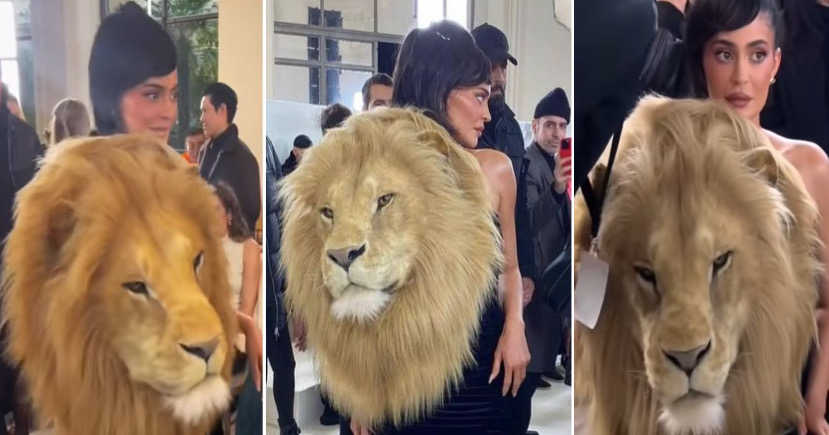 American media personality and businesswoman, Kylie Jenner, has stirred reactions after wearing a wild lion’s head as part of her outfit for the Schiaparelli Fashion show in Paris.

In the video, she rocked a black gown which had a huge lion head attached to it.

Social media critics reacted to the video differently as some stated she looked uncomfortable, while others totally kicked against it.

Reacting to the video, chioma4eva said: “Fashion is an expression and a statement that underlines one’s opinion and perception towards oneself in particular and life in general and it demands a lot of confidence and character. It’s a lifestyle than a show of affluence..its a state of mind.

“Kylie’s choice of dress can easily be found in this narrative. Her dress looks good on her though it took away the cynosure from her face and centred it on the face of the lion.”

o_tony wrote: “No no no, Hell No. I will never understand fashion. Why does looking “good” have to be so uncomfortable? Why, just why.”

blossoming_soul added: “ Lol Unique. She looks so uncomfortable as if they forced her to wear it.”

Watch the video below:
FullSizeRender

My husband got my younger sister pregnant – Kenyan woman cries out