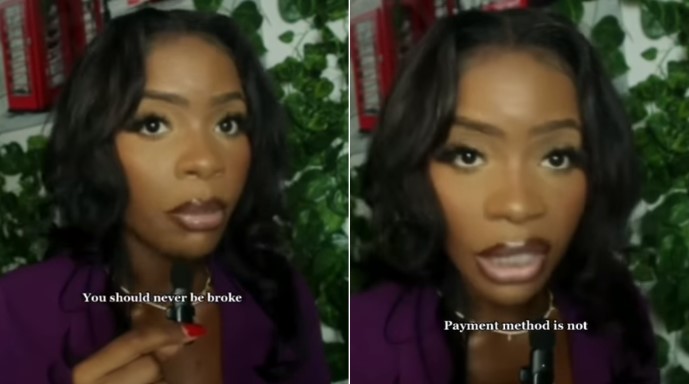 An author and social media influencer has said women should never lack money as long as they have the contacts of different men on their phones.

In a video posted on social media, she advised women who cannot ask men they’re chatting with for money, then they should block them.

She said that there are bills that need to be paid including rent, phone bill,s and visiting the hair salon and it is a waste to entertain men if one is not getting financial support from them.

The lady said a woman can’t spend her energy to improve herself and still be entertaining those that just send greeting messages.

In other news, Nancy Isime, a popular movie star, has sparked outrage after a new film in which she featured in depicts her looking completely unclad.

“There’s too much hate and envy in the world, let’s kill it with love” – Yul Edochie begs