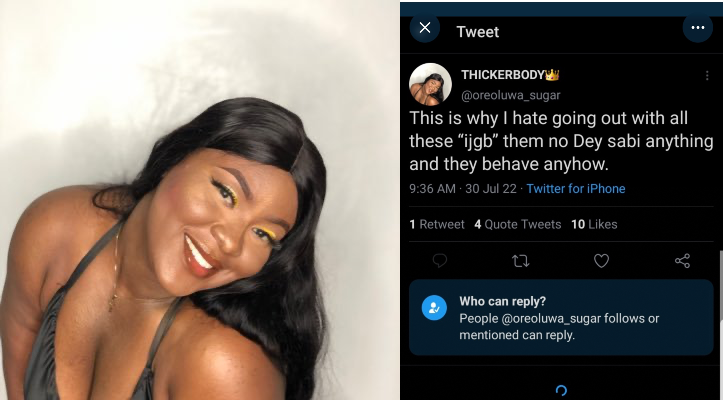 Twitter users feasted on a story about a woman who became enraged after a man refused to pay her N7,000 transport fare after spending N111,000 on a date with her.

It all started when Twitter user, @oreoluwa_sugar took to the platform to complain about ‘I just got back’ (IJGB) guys, an acronym for people who have recently returned from abroad.

She tweeted; ”This is why I hate going out with all these ‘IJGB’ them no dey Sabi anything and they behave anyhow.”

Unknown to her, a friend of the guy who took her on a date saw her tweet and called her out.

He revealed how his friend spent N111,000 on the date with the said girl at Ikeja City Mall, and that she got angry when he refused to pay her N7,000 Uber fee after she got to her house in Yaba. He shared a screenshot of the lady’s conversation with his supposed friend.

“Well… I’ll like to know why @oreoluwa_sugar is trying to drag my guy after inviting her to ICM, sent her money for transport and she is still demanding for 7k uber fee around past 12 at night,,fgs ICM to Yaba for night wey road done free .. Someone that spent 111k ooo” 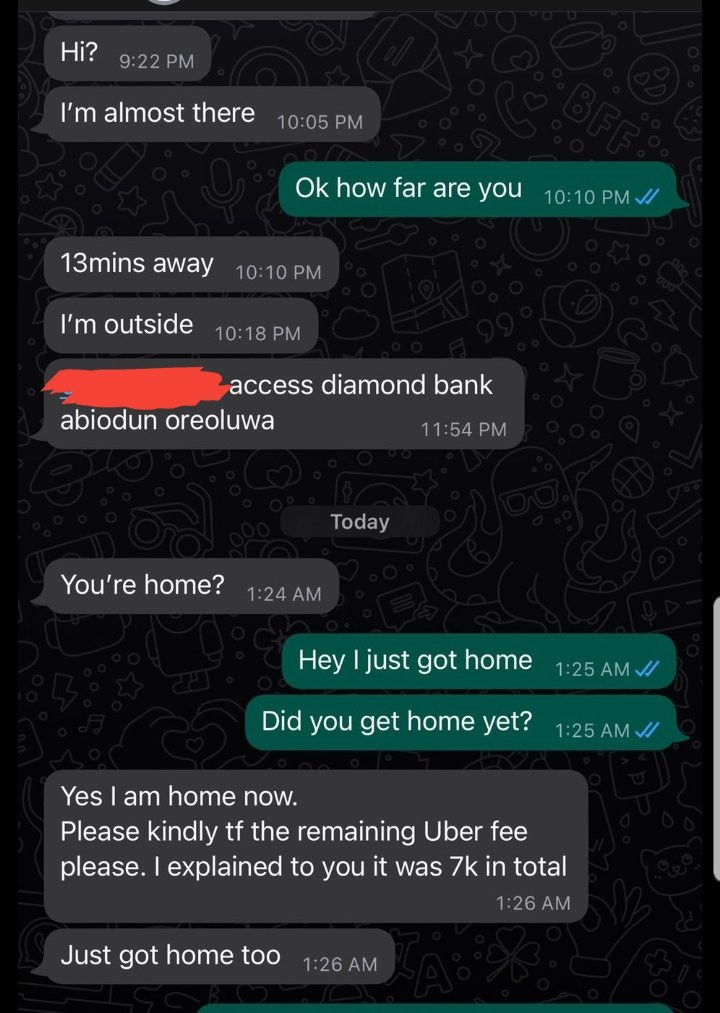 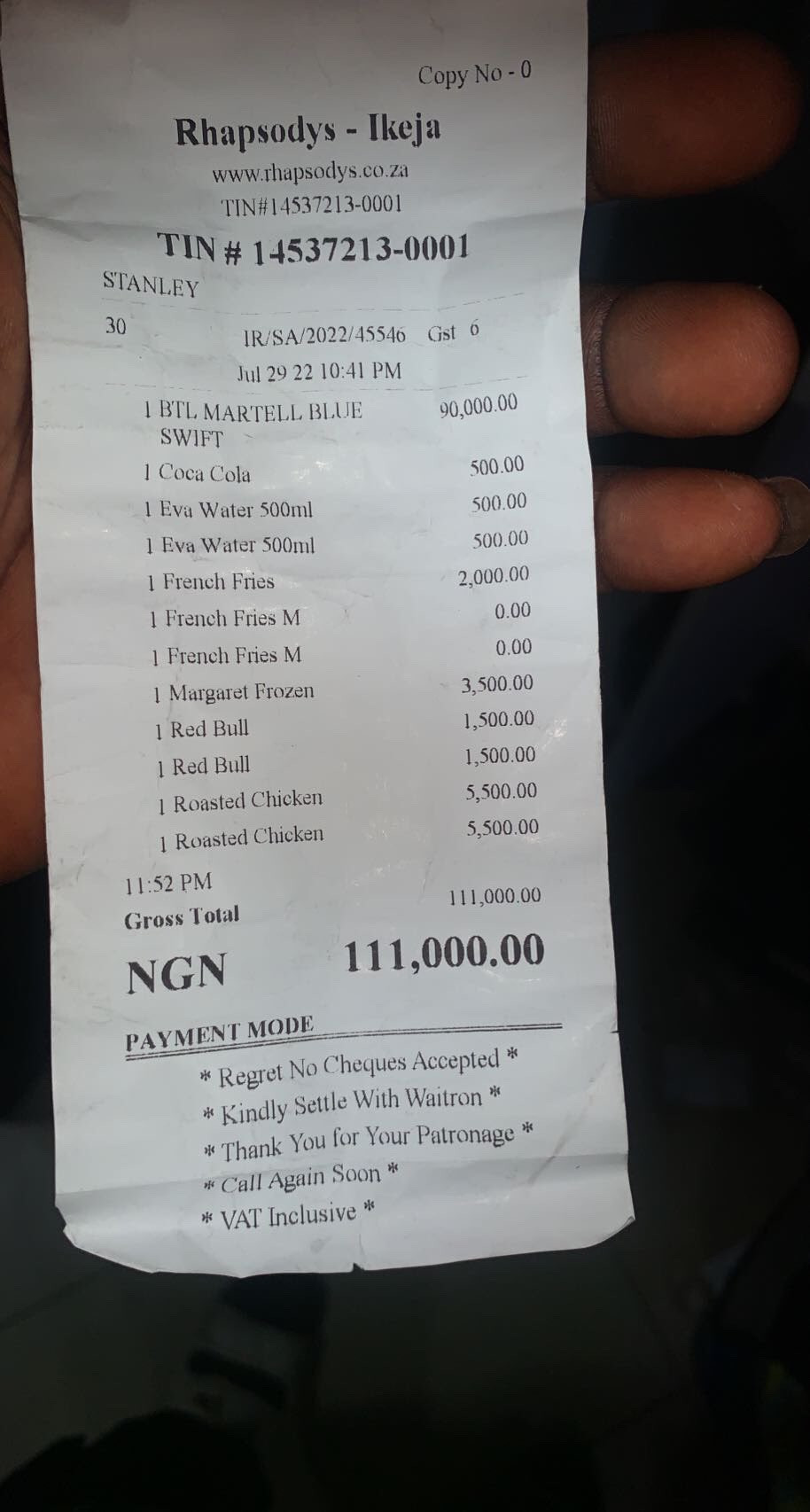 Twitter users were quick to react to the gist with most calling out the girl for still asking for uber fare after the guy had spent much on their date. Read some of their comments below… ‘Boys no near my house’ – Yul Edochie warns as he flaunts 17-year-old daughter, Danielle