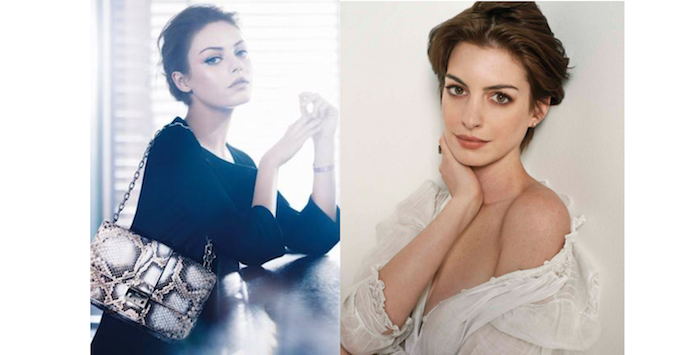 Actresses who gave blow job on screen – Guys love it. Girls love it. It’s an intimate give-and-take that has gone on for centuries. Since the dawn of time we’ve practiced the ritual. Cavemen surely figured it out. It’s a pretty obvious process. Yet it’s still way more common in the bedroom than it is in pop culture. So the question is: Why do we treat oral with such secrecy? We must constantly invent slang euphemisms to keep the censors and safe-search engines in the dark.

Sure it’s fun to create wacky alternative terms like dine out, hum a tune, polish the chrome, inhale the mushroom, lick the bean, to name a few, but sometimes such wording seems foolish and sounds grosser than the actual act itself.

What do we have to hide? When did it get such a negative connotation? Well, the religious powers are to blame. They considered it a sin since it doesn’t lead to procreation, and that the act’s sole purpose is pleasure. But that’s what people like about it! It avoids the risk of pregnancy, and lowers the risk of contracting diseases. We should be embracing the act and encouraging its practice.

Rap music has talked about it forever. Comedians have joked about it. The adult entertainment industry was built on it. President Bill Clinton was involved in a huge scandal over it and news media was forced to define it. But we still have a long way before it goes mainstream. We need more ambassadors, more promoters, and who better than some of Hollywood’s finest actresses. Here’s an oral report of some beautiful women who have taken part in you-know-what. In The Girl with the Dragon Tattoo, Rooney Mara puts her work face on and reluctantly services a jerk in his office. The job is hardly passionate, and afterwards she washes her mouth out in the sink. Surely many girls can relate to that not so fresh feeling afterwards. Bathing is important. Rooney also appears in the critically acclaimed film Carol, with Oscar winner Cate Blanchett. In the film the two actresses play a secret couple in the 1950’s. In one scene there is a serious make-out. In another, Mara goes buff and Cate explores her down under.

Do these 4 things now, if you really want your ex back – #4 is the deal breaker!