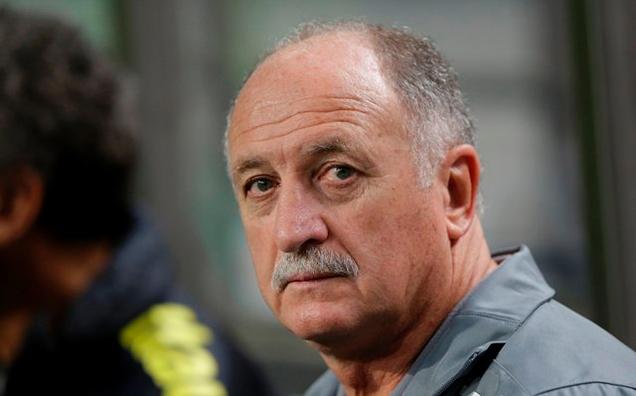 Scolari resigns – Brazil coach Luiz Felipe Scolari has resigned following his country’s failure to win the 2014 World Cup, reports Brazilian broadcaster Globo TV. Scolari, 65, won the tournament in 2002 but the hosts could only finish fourth at this year’s event.

Brazil were thrashed 7-1 by Germany in the semi-finals, their joint-heaviest loss ever and first home competitive defeat for 39 years. Check out the cash prize FIFA gave the Super Eagles for…

They then lost 3-0 to the Netherlands in the play-off for third place.

Scolari’s contract was set to expire after the tournament but Globo TV says his resignation will be confirmed on Monday by the CBF, Brazil’s football federation.

During the defeat by the Netherlands, Scolari, in his second spell in charge of the national team, was booed every time his image appeared on the big screen inside the stadium in Brasilia.

Scolari first took over the Brazil side in 2001 and guided them to World Cup success a year later, beating Germany 2-0 in the 2002 final in Yokohama, Japan.

But after spells in charge of Portugal, Premier League side Chelsea, Bunyodkor of Uzbekistan and Brazilian club Palmeiras, he resumed control of the national team in 2012.

Brazil hosted and won the Confederations Cup in 2013, beating Spain 3-0 in the final, and were favourites to win a sixth World Cup.

They finished top of their group after two wins and a draw from their three matches, before edging past Chile on penalties in the last 16.

They beat Colombia 2-1 in the quarter-finals, but lost top goalscorerNeymar to a spine injury and captain Thiago Silva to suspension.

Omg!! This girl was born without a face (See Photo)