Photo: See the face of the man who brought Ebola Virus to Rivers State (Look) 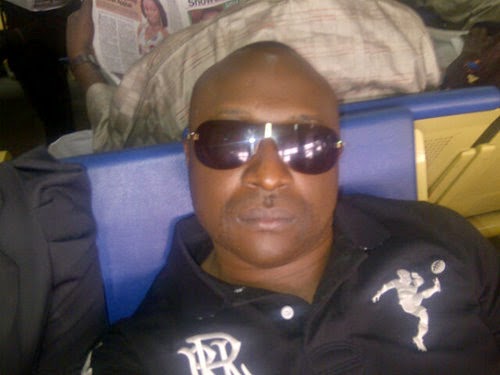 Koye Olu-Ibukun has been named as the diplomat who, after making contact with the Liberian diplomat Sawyer, went away secretly to Port Harcourt and was treated by Ike Enemuo, a doctor from Sam Steel Hospital on East-West Road. Olu-Ibukun then returned to Lagos cleared of the virus.

The ECOWAS staff was reportedly attended to at his hotel, MANDATE HOTEL. The hotel is close to Obio Akpor Secretariatat and the police station at Rumuodomanya (near Rumuokoro).

Apparently Enemuo was aware that Kuye was infected and even tried to decontaminate the place after treatment. However, the hotel has been closed down now.

When Enemuo became sick, he was treated at Green Heart hospital in GRA. After Enemuo died, he was taken to UPTH. On hearing of his death, Kuye then made a confession about his trip to Port Harcourt.

Rivers State Commissioner for Health, Sampson Parker, disclosed this to journalists Friday adding that though she could have been treated in the city, Enemuo’s widow had asked to be relocated away from Port Harcourt for personal reasons.

“The widow of the deceased doctor made the request for emotional reasons. She did not want to stay in the Port Harcourt environment after her husband’s death.”

Dr. Parker said the result of the test on the woman, also a medical doctor, was still being awaited, but that her three-month-old baby is alive and well.

The Commissioner also said that 160 persons who had contact with the ECOWAS staff, now identified as Mr. Oluibukun Koye, as well as Dr. Enemuo, were still being observed.

“As at today (Friday), none of them has shown symptoms of any kind. We are in touch with them constantly and they also call us to tell us their condition.”

Dr. Parker said experts from the World Health Organization, US and the UK, as well as a team from the Nigerian government, were working with the state government to check the spread of the virus.

The team which worked in Lagos including WHO, American and German groups are presently in Port Harcourt. The Ebola Response Team is the same all over Nigeria. The Federal Government and states are working as one under the leadership of the minister.

About 160 people who suspected to have made contact with Enemuo have been put under observation but only his wife has shown symptoms of the disease.

1. Contacts are not patients.

2. Healthy persons do not transmit the virus.

3. The Zenith ICTC Center on Aba Rd is currently the administration center and the hospitals involved, the Enemuo home and the UPTH mortuary are being decontaminated.

4. Bleach and Dettol are not safe for human consumption.