Share on FacebookShare on Twitter
A few hours after MediaTakeOut reported that rapper Tyga is dating the youngest Kardashian sister, Kylie Jenner, he quickly took to twitter to deny the reports, because Kylie is 17, and under California law, that is illegal. See the MTO report after the cut… 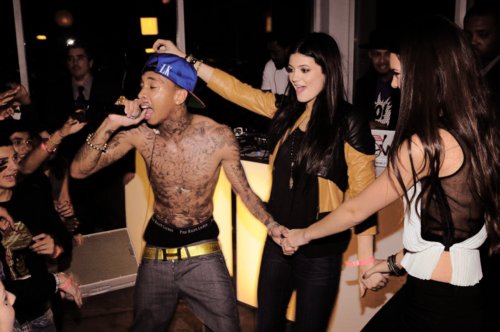 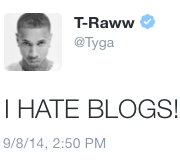 One of MediaTakeOut.com’s TOP SNITCHES tells us that last night, rapper Tyga had a romantic dinner for two – inside the TOP BEVERLY HILS restaurant Phillipe Chow. This is NOT RUMOR y’all it’s FACTS!!!

According to our insider, the two immediately went to the back of the restaurant – where CELEBS and VIPs usually eat – and tried to hide from the rest of the diners. But our insider managed to SNEAK BACK by their booth and saw the two holding hands and the two were “extremely touchy and all up in each other’s mouths.” Our spy claims that he even saw Tyga lean in and appeared to KISS HER.

How to tell if he truly loves you the way you do – If you notice #3, he is head over heels already

10 signs that show you are no longer interested in your partner – If you notice #8, just walk away