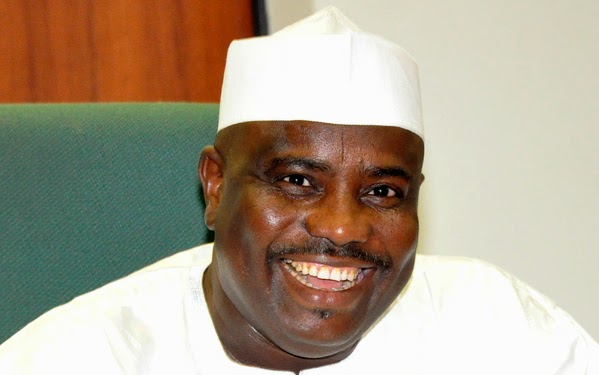 Share on FacebookShare on Twitter
More troubles await the Speaker of the House of Reps, Aminu Tambuwal, over his recent defection to the All Progressives Congress, investigation by PUNCH has revealed.

It was learnt on Thursday that apart from his security details that were withdrawn by the Nigeria Police on Thursday, Speaker Tambuwal might be barred from entering either his office or the National Assembly when the House finally resumes sitting. 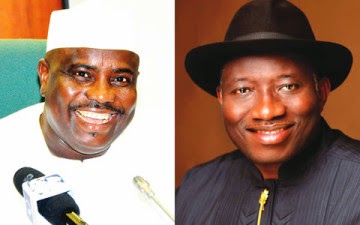 This was one of the decisions reached during a meeting held by top officials of the Peoples Democratic Party which had in attendance President Goodluck Jonathan.

Consequently, on Thursday, the
Police authorities withdrew all security aides attached to Tambuwal and cited section Section 68 (1)(g) of the 1999 Constitution as amended as reason.

The section reads, “A member of the Senate or of the House of Representatives shall vacate his seat in the House of which he is a member if –

(g) being a person whose election to the House was sponsored by a political party, he becomes a member of another political party before the expiration of the period for which that House was elected.”

A top Presidency source, on condition of anonymity, said the legal advice before the Presidency and the leadership of PDP was that Tambuwal was no longer the speaker of the House in the eye of the law.

He noted that the speaker contravened section (68)(1)(g) when there is a subsisting court injunction to the effect that there is no division in the PDP.

According to him, the decision to strip Tambuwal of all the rights and privileges of the speaker was taken based on that legal submission.

The source added that the government and the PDP leadership resolved that instead of taking Tambuwal to court for defecting without vacating his seat, he would be the one to go to court when his rights are withdrawn.

President Goodluck Jonathan had on Wednesday engaged some leaders of the PDP in a meeting aimed at taking a common position on the matter and go all the way against Tambuwal.

Funny enough, the Deputy Majority Leader of the House, Leo Ogor, who spoke for the PDP Caucus, said there should be no external interference in the defection of the speaker.

PDP lawmaker Ogor said, “It is totally uncalled for. Let members be allowed to deal with the defection of the speaker by themselves. We are fully ready to handle it and I assure you that as soon as we resume, we will take care of it.”

On his part, Femi Falana advised the IGP to immediately restore Tambuwal’s security, reminding him of a previous judicial decisions cautioning the Police against taking sides with political interest groups. 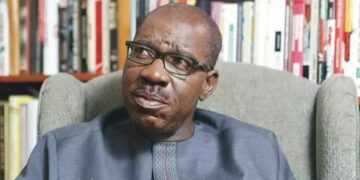