A female suicide bomber has been fingered as the suicide bomber who walked into First Bank,Azare, yesterday morning, at about 10 am, and bombed bank customers,killing seven and injuring 10. 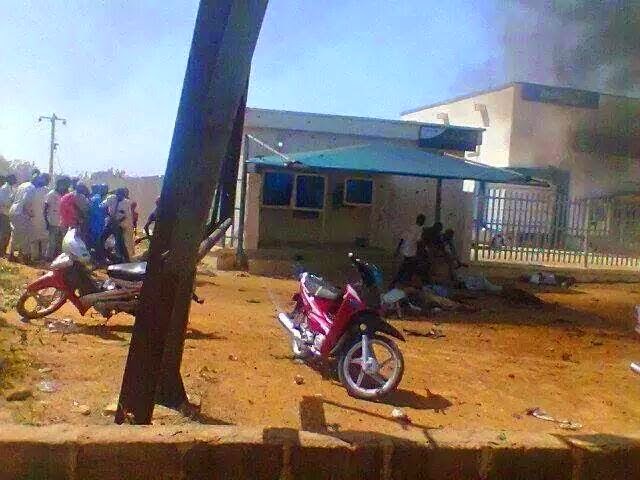 According to Vanguard, the suicide bomber, it was learnt concealed the Improvised Explosive Device, IED, in her hijab and joined the bank customers on a queue to make withdrawals from one of the bank’s ATMs centres before the bomb exploded.

The First Bank building where the suicide bombing took place had all its glass windows shattered. All banks in the town have been closed down and banking services suspended.

Another bank staff who spoke on the issue said about 20 persons died while another said that the woman who carried out the attack had her body cut into two even as her head was found across the road near a suya spot, adding that a student of Ahmadu Bello University, Zaria, who was in the bank to make withdrawals when the incident that killed her occurred.

Graphic photos of the dead at the bomb blast . VIEWER’S DISCRETION IS STRONGLY ADVISED 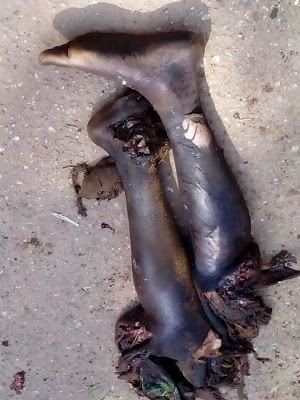 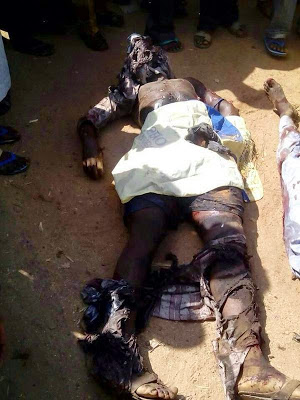 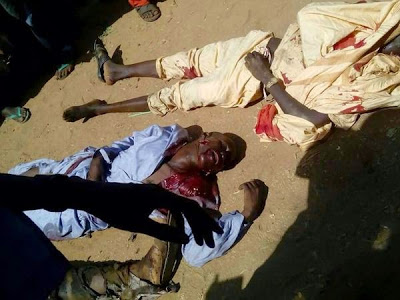 LOL! Male Dressed In Female Dress To Deceive Men In Bauchi Has Been Arrested By The Police (LOOK)