Watch: Shocking confessions of political thug in TB Joshua’s Church – “All we do is shed blood and… (Video) 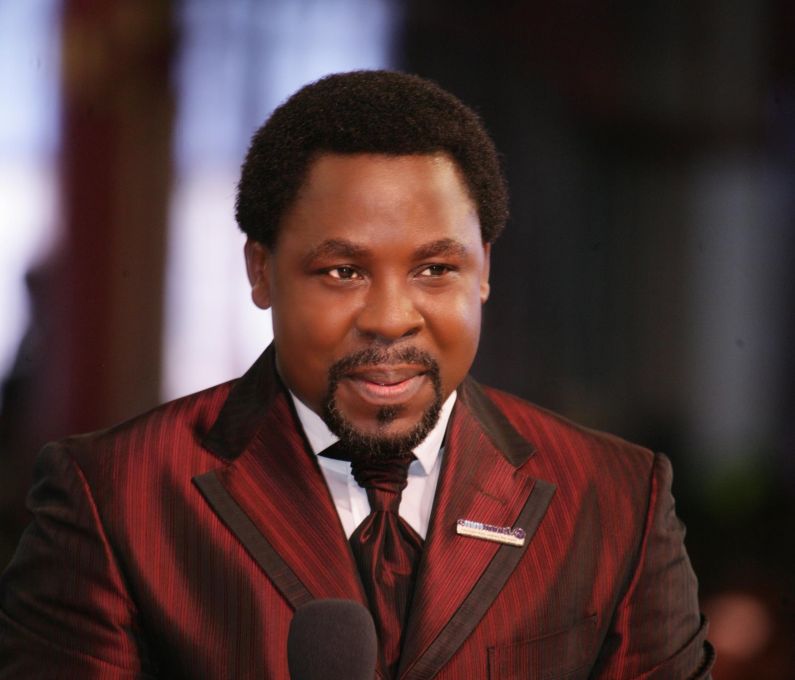 Shocking confessions of political thug in TB Joshua’s Church – With all eyes fixed on the Nigerian general elections set to hold on Saturday 28th March 2015, a video released on YouTube has shown a notorious group of political thugs who have vowed to shun violence.

Standing before the church congregation, a rough looking young man named Abdulkareem did not mince his words. He explained how politicians had used him and ‘his boys’ in the past to wreak havoc and cause untold destruction, especially during the period of elections.

“We are all Nigerians; we are political thug marshals. We have been used in a deadly way to destroy ourselves and others,” he confessed. Beside him stood a group of 14 young men; all were looking haggard and haunted.

“Many of our family members have died because of us,” he continued. Pointing to one of his colleagues, who was conspicuously one-eyed, he explained, “They killed his father and younger brother on the same day. On the day of ‘vengeance’, he lost one of his eyes.”

Lifting up his shirt, Abdulkareem showed several large scars. “These are my own injuries which almost killed me,” he said. During one ‘mission’, he was shot in the stomach, the bullet entering his lower abdomen and came out the other side.

So, what were these self-confessed criminals doing in a church service with elections around the corner? “Last time, the politicians said they would take us abroad and change our lives but they disappointed us,” he irately explained. “They were even the ones arresting us after we had helped them.”

Continuing, the group leader stated that they were all tired of being used and dumped by the political class, adding that above all they desired peace. “Elections will soon come and we are tired of being used. I have been watching Emmanuel TV and seeing what Jesus is using T.B. Joshua to do for people. That’s why we sent an email to this church.”

Another gang member named Ahmed, who said he was a student before delving into crime, also spoke, adding that all of them had visited witchdoctors to collect ‘charms’ for protection.

“The charms we have been using are now tormenting us critically,” he said. “If we are sitting down or walking on the streets, all we keep thinking about is blood, destroying things, shedding blood here and there. We need deliverance, Man of God.”

Following their sordid confession, Pastor T.B. Joshua addressed the congregation. “The answer is not killing but how can we deliver them, restore them and give them whatever we have,” he began, saying that God told him to invite the group after receiving their email.

“I want to assure you that these people will not go back to that type of job. This is why we invited them – to pray with them and remove that spirit which pushes them to see blood. God said I should give each of them N400,000 with three bags of rice.”

Almost moved to tears, the hardened young men began to give thanks to God. The touching YouTube clip concludes with the gang receiving prayer for ‘deliverance’ followed by the gift presentation and their promise to never again instigate violence or fall victim to unruly political whims.

Ihechukwu Njoku is a freelance Nigerian journalist. He writes from Lagos, Nigeria.