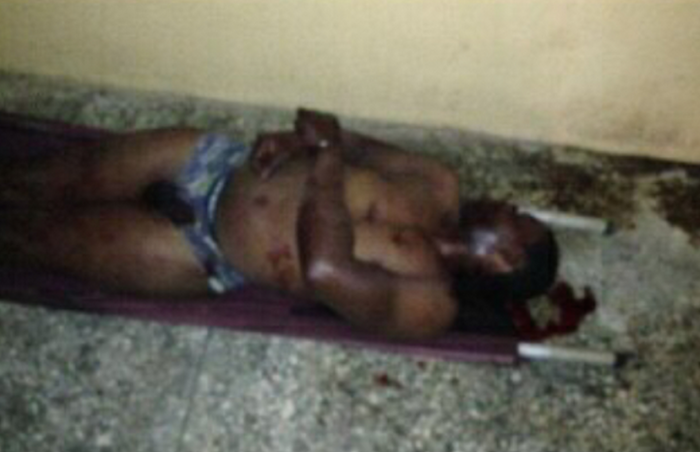 Immediately the news broke out that Alhaji Gay was confirmed killed, the joy in Nigeria now is like that of the time when Late General Sani Abacha died but this time only the online fraudsters popularly known as ‘yahoo boys‘ are celebrating.

Many Nigerians are hearing the name ‘Alhaji Gay‘ for the first time but it is a house hold name that causes panic within the gangs of Nigerian Online fraudsters whenever it is being mentioned.

His real name is Razak Adetunji Alaso, he is known as EFCC/police imposter.

He was killed yesterday at Agbado Ijaiye, in Lagos. It was reported thatthere have been many attempts on his life, he wasstabbed and shot before but he survived. People after him succeeded this time. Sad! May his soul rest in peace, amen.

Until his death, he was a very powerful man who was feared by all. His boys have hit the streets vouching that they will bring down the killers of their boss, but at the moment, soldiers have been deployed to his two hotels in orderto restore peace. 10 interesting facts about snakes that you never knew (+Pics)

Photos: The life-threatening moment surfer is attacked by shark during competition