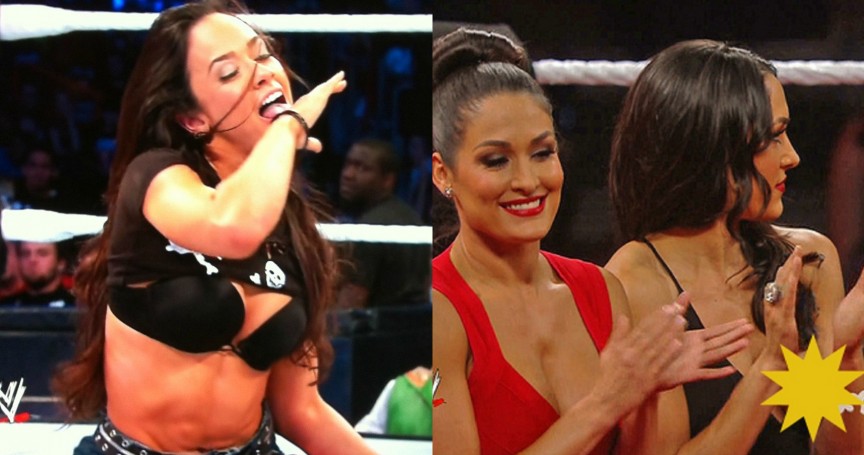 Working for the WWE from 2009 until 2014, Aksana spent much of her time as a manager, but also worked in the ring from time to time. If you haven’t seen her work, count yourself lucky, as she was never very good inside the squared circle.

While working a 12-woman tag match on Raw, Aksana scrambled to get away from Brie Bella, who ended up pulling down Akasana’s cat-suit, exposure not only her upper butt, but one of her breasts. The screen actually went black in an attempt to censor it from the TV audience, but they didn’t quite do it in time. Due to her lack of progression, she didn’t last too much longer with the company, as she was released in June of 2014.

Rita Dominic, Funke Akindele, others pray for Kate Henshaw as she celebrates…

Nigerians react to disturbing videos of residents struggling for leftovers at…