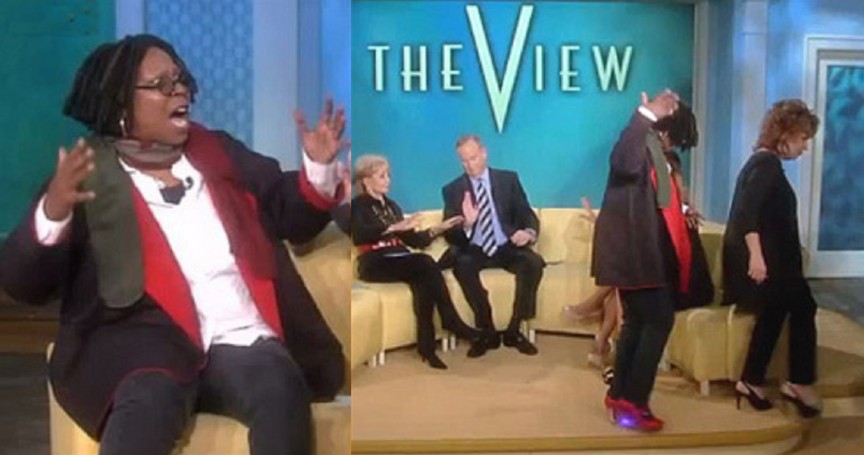 Agonizingly awkward celebrity interview walkouts – Barbara Walters is a notorious bloodhound in the interviewer’s armchair. When she started on The Today Show, she did ‘tea-pouring’ interviews, light assignments seeking to appeal to the feminine sensibility.

Later, she was upgraded to reporter-at-large, able to produce her own reports and interviews. Immediately her output became more cerebral. She fought to be able to pose questions to Today Show interviewees after the host Frank McGee had asked the first three. By being what she calls “a pushy cookie,” Walters broke though the oaken doors of the News Journalism boys club.

Today’s television interviews are the way they are in part because of Barbara Walters. Unblinkingly and in her characteristic lisp, Walters asked questions whose answer the entire nation wanted to hear. Bob Schieffer, a CBS institution since 1969, called Baba Wawa the ‘toughest competitor’ he had ever encountered. Oprah, who withheld tears while delivering her “the greatest joy I have ever known” monologue in announcing the end of her talk show, was brought to tears by the savvy Barbara Walters.

In her legacy, many interviewers have tried to make their own Barbara Walters moment. However, lacking the Queen’s tact, finesse, and interpersonal skills, they’ve often been either too light or too blunt. The following twelve anecdotes are of interviewers who did not sufficiently grease the pan before laying down their omelet and ended up with scrambled eggs.

In possibly the most recent instance of a star quitting an interview, Robert De Niro walked out during a conversation with a Radio Times reporter just this month. He was promoting his new film The Internwhen the interviewer, Emma Brockes, asked him how he resists going on “autopilot” while on set. She then commented that the Tribeca district of New York, where a film festival co-founded by DeNiro takes place, is being overrun by bankers. All of a sudden, the 72-year-old actor asked her to pause her recorder, got up from his chair, and said he was cutting the interview short because of the negative inference of the questions. “[Negative inference] the whole way through and I’m not doing it. I’m not doing it, darling.”