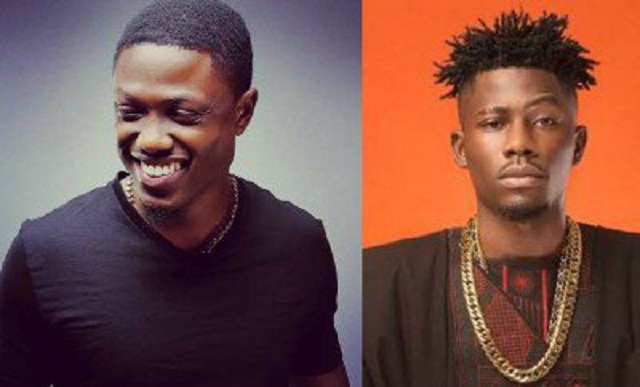 Vector Tha Viper replies Ycee’s Headies diss –  Yesterday, rapper Vector responded to Ycee’s diss on his Instagram page. The rapper posted a selfie he took with rappers Olamide and Reminisce who were also nominated for the Headies 2015 Best Rap Single.

The ‘King Kong’ singer accompanied it with the words,

“The thought to share the moment with fellow nominated hard workers (@[email protected] in the review year,” Vector wrote. “(Shouts to @illblisstheboss [email protected]_tr for holding up rap too). The pic isn’t the best (lol). But the moment was real.”

And then he had words for those hating on him. Though he didn’t name names, most everybody knows there was just one ‘hater’ who dissed him during his performance at the award event – the ‘Jagaban’ rapper, Ycee.

“I’m not the type to be against the progress of the movement so let all the hating miss me with the bullshit,” Vector concluded his post, adding, “#greatness is greatness and let #God take all the #glory”.

Ycee had earlier on taken to his Instagram page to mock Vector’s freestyle, adding that “Punchline no be by force!”, but Vector’s fans dragged him all over Twitter and Instagram.