FIFA remembers Rasheed Yekini, See what they wrote about him 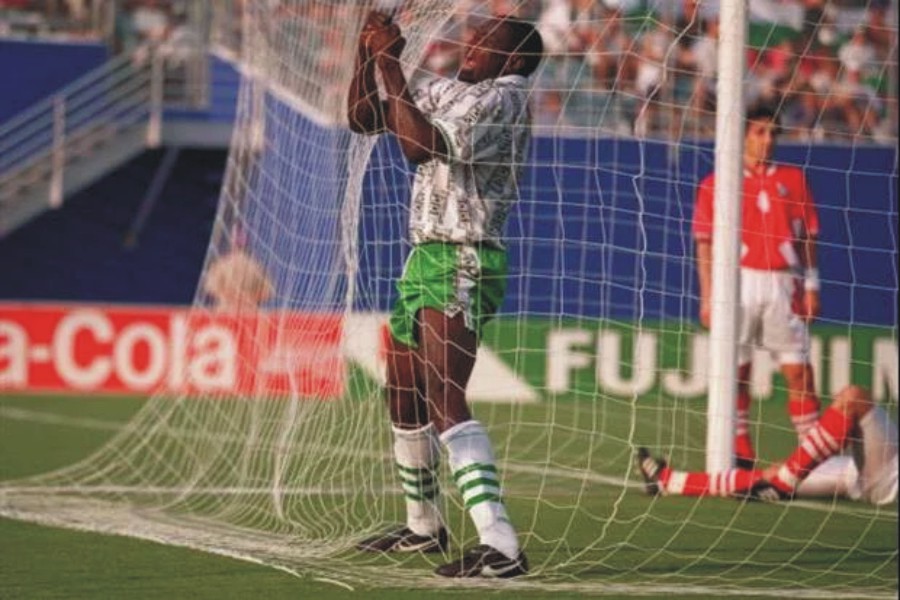 In a statement on the world football governing body’s website, FIFA looked back on Yekini’s memorable goal which became historic and the subsequent celebration.

He entered history books after scoring the Super Eagles’ first ever FIFA World Cup goal at the 1994 finals held in the U.S. in the 3-0 group stage win over Bulgaria.

“Yekini, who played for several clubs in Spain, Greece, Portugal and Switzerland, could hardly believe he had scored and spontaneously grabbed the net, shaking it and crying in celebration.

“ The photo of the Nigerian international captivated the world and even today the former striker remains a respected figure in the global football family,” the statement added.

Yekini, who represented the nation in five major tournaments, including two World Cups, was the first Nigerian to be voted African Footballer of the Year in 1993.

He helped the Super Eagles to win the 1994 Africa Cup of Nations in Tunisia, where he also topped the goal charts and was named best player of the competition.

He also participated at the Olympic level in Seoul in 1988.