The 11 Best Superhero Shows On Television Right Now (With Pictures) 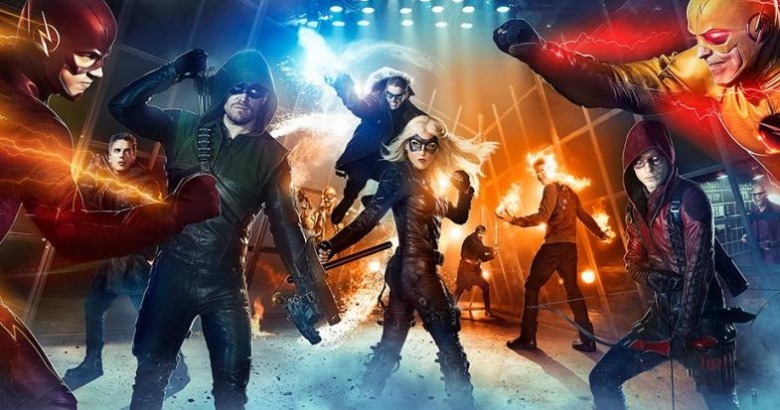 Superhero Shows On Television Right Now – So Preacher just came out, and many comic book fans are shocked. We never expected to see a comic like that making it to the big screen, especially after the sheer amount of movie rumors that never came to fruition. The first couple of episodes were good and many people are very excited about the first season on AMC.

It’s not shocking that someone green-lit a new comic book show, they have been some of the most successful movies for over a decade. The Marvel Cinematic Universe has produced hit after hit, and even terrible DC movies can make close to a billion dollars. Those are only the movies; comic books have been taking over TV as well.

The Arrowverse is rivaled only by the MCU for best expanded universe, and there have been TV hits that span over years based on comic characters (think Smallville). Aside from Preacher, there are a ton of comic book shows currently airing, and here they are ranked.

Before we get into what’s wrong, let’s look at what’s right. They took some great twists and turns through the story and even were brave enough to kill off fan favorite characters to keep people on their toes – Game of Thrones style. The cliffhanger ending was a great idea, and getting rid of Kendra solves major problems including the horribly forced relationship between her and Ray. Now for what didn’t work; we already touched on the Kendra-Ray romance, but holy crap, it was a terrible plot arc. There was little to no chemistry between the two, the concept of them dating came out of nowhere, and their whole relationship happened off screen. Theirs wasn’t the only bad relationship though; Kendra and Sarah’s friendship was random, Jackson and Stein’s arguing got redundant, and the crew’s allegiance to Rip was unexplained. Then there was Vandal Savage’s character who was just a weird impression of Hans Landa, when it could have been so much more. However, probably the most problematic part of the show was the convenient fixes to every problem. Oh, we need to dissolve bombs? Well, Firestorm can do that now. Oh, there’s a giant monster? Well, Ray can grow really big. Sarah is back with Ra’s al-Ghul? Don’t worry Kendra can un-brainwash her. Cutting the cast in half may help to better the show in the long run, but will it be able to get past season two?

Prev post1 of 11Next
Use your ← → (arrow) keys to browse
Tags: countdownentertainmentHollywoodOvi O.photosSuperheroestv shows
Share12Tweet8Pin3SendShare