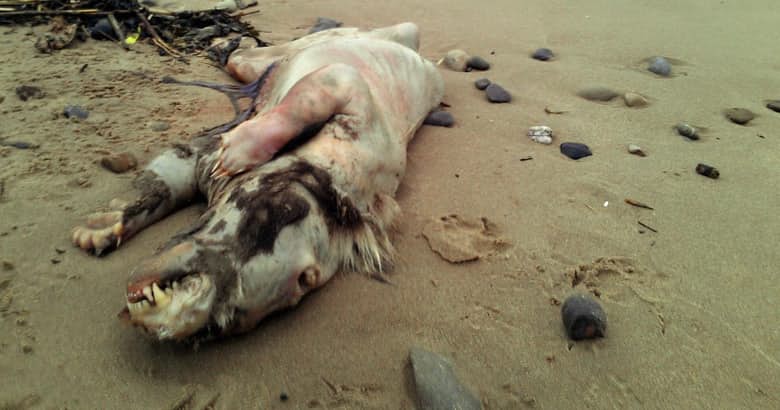 Washing up on the of Canvey Island, England in 1953 is a creature that has become known as the Canvey Island Monster. Shortly after, in 1954, another carcass was discovered. It had thick, reddish-brown skin, bulging eyes and was about two and a half feet long.

The strangest thing about this creature was the fact that it was documented to have two hind legs with horseshoe-like feet that seemed to be build for bipedal locomotion. Though some have speculated that this creature is nothing more than an angler fish, the bipedal legs quickly dismiss this idea.

The debate continues, however, as it has been speculated that these legs were simply decomposed fins mistaken for legs. The National Rivers Authority have since deemed this as a previously unknown species.

BBNaija: Despite being spotted with Ozo numerous times, see…