13 Superfans who spent a fortune on plastic surgery to look like celebs… You’ll be surprised! (With Pictures) 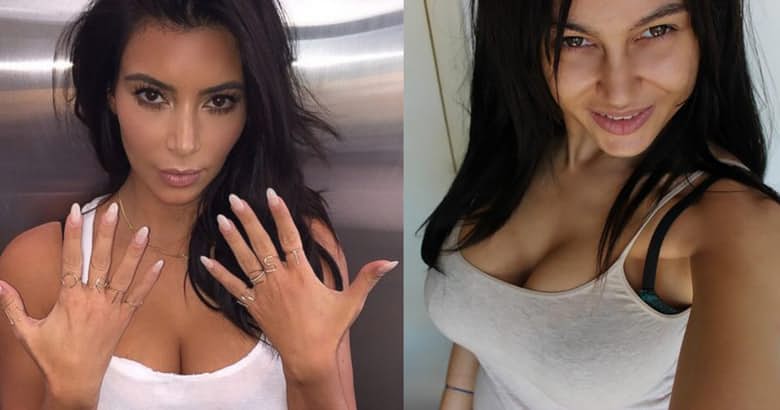 Superfans who spent a fortune on plastic surgery – As much as there are companies and organizations who try to teach body positivity and tell people to love themselves as they are, celebrities have set the beauty standard for decades and some superfans can’t get enough. Plastic surgery used to be something that was set apart for the wealthy and elite, but over the years it has become so common that it’s difficult to not run into someone who has had work done.

Plastic surgeons are more than willing to help their patients increase their self esteem by nipping a little here and tucking a little there, and even reshaping their faces to duplicate that of their favorite celebrity. However, it’s one thing to want to puff up your pucker to look more like Angelina Jolie’s; it’s another thing to modify your entire face and body to such a degree that you no longer look like yourself.

These super fans have emptied out their bank accounts, maxed out their credit limits, borrowed from loved ones, and even asked strangers through crowdfunding sources for money in order to become a new person that looks very much like their celebrity idols.

They’ve been criticized for their choices, but no matter what the backlash and at times bizarre looks, they’re satisfied with who they’ve become. And who knows? When a new celeb enters center stage, they may find themselves taking another trip to the doctor’s office for a revamp or an upgrade. Some say tattoos are addictive, but for these 13 plastic surgery addicted super fans, it’s the transformation they can’t get enough of.

All you need to do is to take a look at Brad Pitt’s chiseled good looks to understand why Arizona twins Mike and Matt Schlepp would want to go to extremes to resemble the A-list actor. The pair were featured on the now defunct MTV show I Want a Famous Face where the brothers spent $29,000 on painful plastic surgeries to sculpt themselves into the former Mr. Jolie.

They hoped that looking like Pitt would help them break into the entertainment industry more easily so they got nose jobs, chin implants, and received porcelain veneers. Unfortunately for them, the results didn’t leave either brother looking anything like Pitt but more like lost Hanson brothers. Also sadly for them, there haven’t been any fans mistaking either sibling for the actor while they walk the streets, but the pair told MTV that they’ve never been happier and their lives were changed forever.

The tale of singer-songwriter Toby Sheldon started off as a story of a man who wanted his time in the spotlight and ended in tragedy. Sheldon made headlines after he spent $100,000 on surgeries to look like pop icon Justin Bieber, someone 14 years his junior, only to appear on the plastic surgery nightmare series Botched.

While Bieber fans weren’t convinced that Sheldon looked anything like the famous singer, Sheldon insisted that he would get mistaken for Biebs on a regular basis. The plastic surgery addict pretty much laid low until August of 2015 when he was reported missing. Three days later, investigators made a terrible discovery.

Sheldon’s body was located in a room at a Motel 6 along with a number of drugs. Police believe that Sheldon may have fallen off the radar after he broke up with his boyfriend, but it has yet to be released whether his overdose was accidental or on purpose.

12 subtle ways Americans are being brainwashed right now (With Pictures)

12 of Conor Mcgreggor’s most notorious moments (With Pictures)