7 facts about 2face you never knew – #6 is the reason he wants to protest! 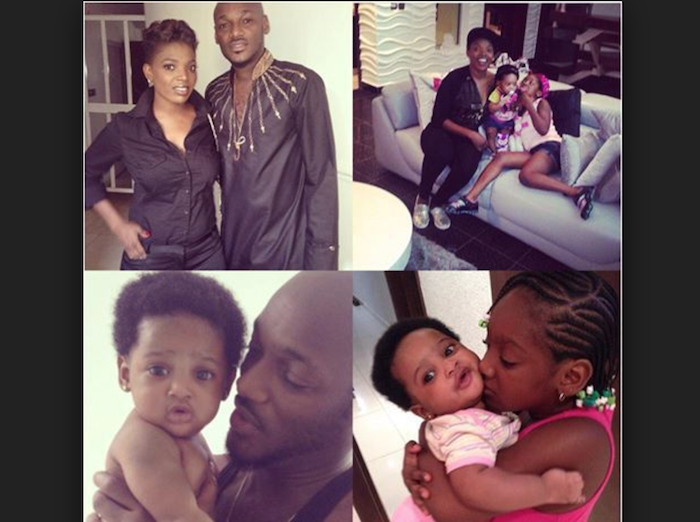 5. He is Married to his Childhood Sweetheart

In a triangle love story, Idibia has seven children with three different women. He met his current wife, Nollywood actress Annie Macaulay, at Even Ezra Music Studio when they were both teens and she even appears in the ‘African Queen’ music video. From friendship to breakups and makeups, Tuface and Annie dated for over a decade. After a series of painful breakups stemming from infidelity, Annie and Tuface eventually reunited.
On Valentine’s Day, Tuface surprised Annie with a proposal. The couple were not dating at this point, but Tuface had sought her forgiveness and friendship weeks prior. He took her to a quiet corner of Jay Jay Okocha’s Club 10 in Victoria Island, Lagos and popped the question. The pair married in a 2012 private ceremony in Lagos. In March 2013, they had a traditional ceremony in Eket, Akwa-Ibom State Nigeria and a destination ceremony in Dubai.

Presidency reacts to planned nationwide protest on February 6th – See what they said!