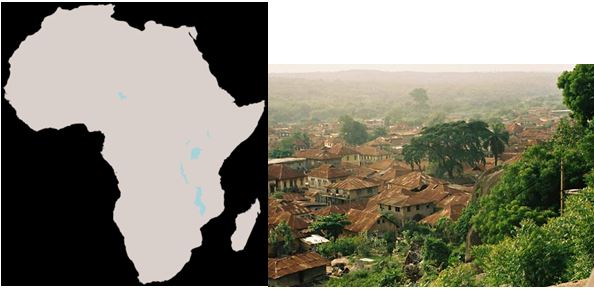 There was a study of African cities based on the quality of life. The study was carried out by a Swiss research body, Communaute d’Etudes pour l’Amenagement du Territoire at the Federal Institute of Technology in Lausanne (EPFL). The study which included all of the continent’s capitals and its largest urban centers was based on criteria including social and living conditions, infrastructure, governance, and environment.

What a father told his daughter a day before her…

Results have come out naming Marrakesh the top African city to dwell in. Marrakesh in Morocco made the list alongside four other Morrocan cities. Safe to say we know where we will be going to soon when we need to escape.
According to Swiss urban sociologist, Jerome Chenal, who directed the survey:

They are cities that are not huge, where real work has been done to improve infrastructure, people’s quality of life (and) housing in a stable political context.

Abeokuta in Ogun state Nigeria scored fourth from bottom and placed number 57 making it in the bottom ten. Lagos didn’t make it quite far as well and stayed at Number 43 position

“Be careful on Instagram” – Cristiano Ronaldo warns his Girlfriend, see what happened