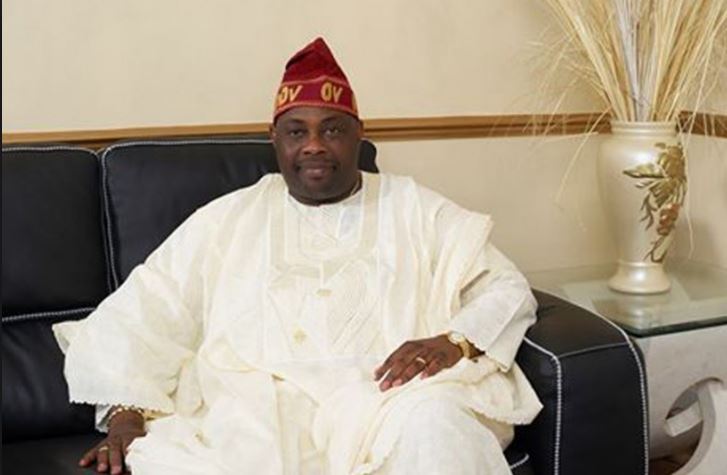 Dele Momodu set internet on fire: Dele Momodu, the publisher of Ovation magazine, has decided to share a photo of himself being pampered in a spa. The Nigerian publisher who doubles as a philanthropist educated Nigerians with the post by encouraging them to take out the time to give themselves a treat. Dele Momodu displays his phones as he was being pampered at the spa. Source: Instagram, Delemomoduovation.

Dele Momodu slams Christian Association of Nigeria over the…

According to the Ovation chief, visiting the spa could help people stay rejuvenated and active. No one knows whether the renowned publisher deliberately put his seven phones on display as they caught the attention of some Nigerians who looked beyond the message and criticized the fact that he could be moving around with that number of devices.

This sparked a hot debate as Dele Momodu was forced to exchange words with the Instagram user who called him out for using the phones. The follower who gave Dele Momodu a piece of his mind was identified as @_.l.u.c.k.y.

He advised the public figure to try learning more from the western countries as their business men and leaders are ‘professionally smart and technically principled on modernization’. He went on to say there are better ways of communicating without packing a luggage of mobile devices.

This comment seemed to infuriate Dele Momodu who replied the user almost immediately saying ‘ignorance is almost incurable’. He challenged the user by asking what was unprincipled about having phones for different countries. He concluded by telling him he is in the business of communication.

Although Chief Momodu gave the user an apt reply, he was unpleased with the whole thing judging by the fact that the young man’s comment found its way off the comment section while Dele Momodu’s reply remained. The Ovation boss also mentioned the user in another comment where he asked him to teach him how to do his job since he is all knowing. He justified having seven phones by claiming those who do not have a job also own two phones.

What is your take on this issue? Talk to us in the comment section.

Olamide finally reacts to NBC banning his song “Wo”