Frank Donga reveals why he is passionate about unemployment 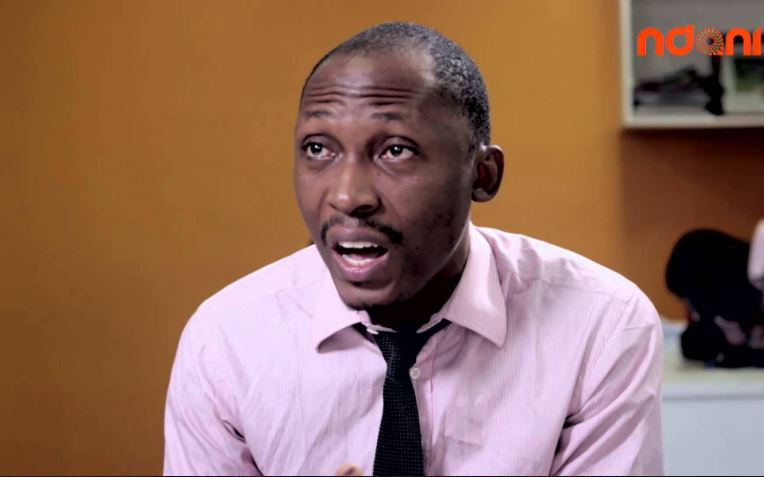 Comedian, Kunle Idowu, popularly known as Frank Donga, hit the limelight courtesy of his online interview series. Based on the theme of his skits which borders on unemployment and the various comic ways at which he tackled interview questions, many people believed that the humour merchant began the skit after spending years in the labour market.

However, in an interview with Saturday Beats, the comic character hinted that he was gainfully employed while he was involved in the online comedy skits.

He said, “I have degrees in Agriculture. My first degree was in Animal Science and I have a Master’s degree in Animal Genetics. The Frank Donga Interview series online about a clumsy young man looking for job in Nigeria became a reality because I am passionate about unemployment. The truth is that I was gainfully employed when I started The Interview series online. I have always been passionate about young people who go to school, spend about five or six years, graduate and not have anything to do. I am very passionate about unemployment. When I did The Interview series, I was employed but I just wanted young Nigerians to be able to cope during job interviews because in reality, young people actually freak out during job interviews as well as visa application interviews. I just did the skits for people to know that they should be relaxed during these interviews.”

Currently promoting, Hakunde, a movie where he played the lead character, the actor revealed to Saturday Beats that the project was the last one the late Bukky Ajayi was involved in before her death. He noted that the actress died two weeks into the production of the movie.

He said, “When I learnt that the late Bukky Ajayi would be my mother in the movie, Hakunde, I was very ecstatic about the news because she was a veteran and it had always been my dream to work with a legend that she was. The afternoon that I was told that she died, I was devastated. We had interviewed her and shot some clips with her before her demise so we had to find a way around her death but it was a huge loss to the industry.”