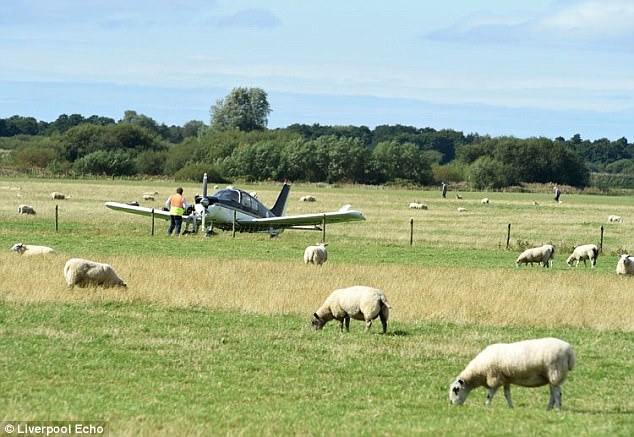 This is the private plane which was forced to make an emergency landing in a field full of sheep after experiencing difficulties in the air. According to Daily Mail UK, the light aircraft, thought to be a PA28 – also known as a Piper Cherokee – was forced to touch down in a farmers field near Parbold. A spokesperson for Liverpool Airport confirmed that Air Traffic Control were contacted by the pilot of the plane to report he was experiencing difficulties in the air and had two passengers on board.

They were then contacted again after the pilot was forced to make an emergency landing.

At this stage nobody is thought to be seriously injured.

A Lancashire fire service spokesperson confirmed they’d sent three fire engines to the scene and that the plane had been located in a farmer’s field near the A59.
They tweeted: ‘We have three fire engines and drone on the way to a light aircraft that has come down in a farmers field close to the A59 near Parbold.’