Another Nigerian Lady Cries Out After She Was Stabbed While Driving Along Eko Bridge, Lagos 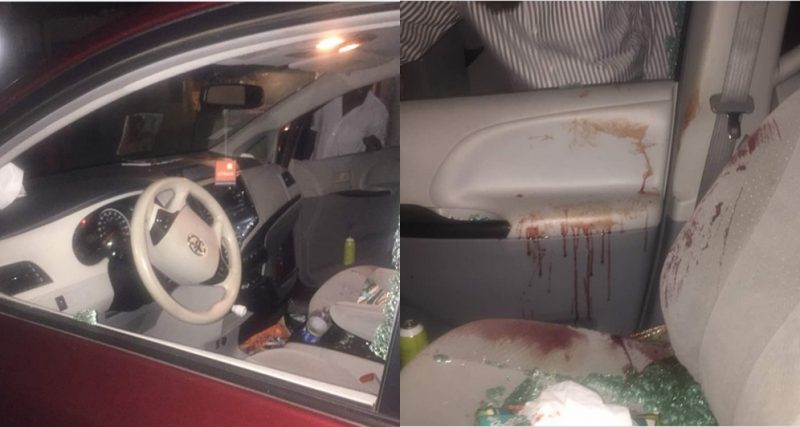 A Nigerian lady identified as Oki Adejoke, has recounted how she was stabbed by traffic robbers along Eko bridge in Lagos. According to Adejoke, she and her sister in-law were coming from a function at 7.30pm on d 15th of October when the sad incident happened on Eko bridge in Lagos. She added that her car window was smashed by the men of the underworld in traffic as they started stabbing her with knife and requesting for her phone and bag at the same time.

The lady who revealed she was helpless , said that she was stabbed on her lap, arm and stomach by the hoodlums before a motorist who saw the robbery, hit one of the thieves with his car very hard. Adejoke said they met policemen few meters after the robbery scene as they told them what happened.

Rather than helping them, the police allegedly told them they could do nothing about it because another police was near the scene. Recall we published a story about a lady who was also robbed and stabbed along apongbon road in Lagos. This attacks are becoming incessant and their target are mostly women.