Update!!! See photos of the married mother of 4 & her lover who died while having s*x inside car 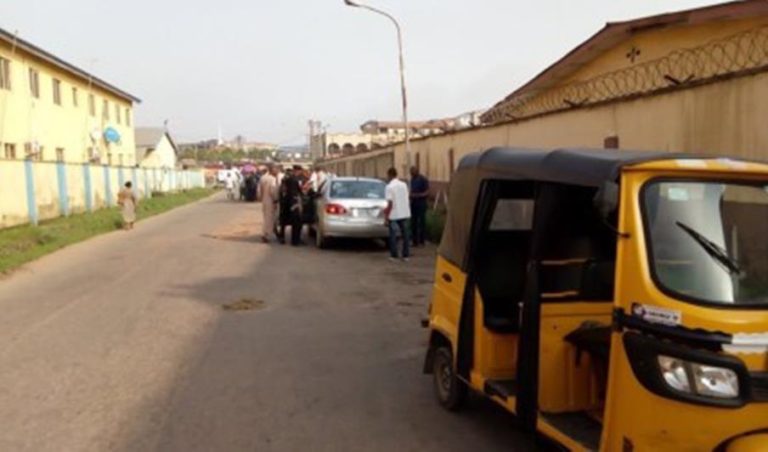 Remember the married Lagos woman, with 4 kids, and a man (believed to be her lover) who were found dead in their car in Ogba, Lagos on sunday morning. Their corpses photo have just been posted online by a facebook user;

Lovers found dead in a car Sunday morning behind NIJ Ogba Lagos. The husband of the woman said he was aware of her infidelity but chose to keep quiet.

The lover who happens to be the son to their landlord was said to be a close friend to the husband of the late woman. The two were found by bypassers early in the morning with the car engine and ac still running.

They quickly contacted the police who took the bodies to the morgue and according to the police, an autopsy will be conducted to ascertain the cause of their death.

A woman, reportedly married with kids, and a man (believed to be her lover) were found dead in their car in Ogba, Lagos this morning.According to eyewitnesses at the shocking scene, their naked bodies indicated they were allegedly having sex before their deaths.

More tweets and photos below.

I just saw the weirdest and saddest thing yo! . I saw people gathered watching a car. Initially I thought it was an accident but it wasn’t

I saw a man and a woman both naked the engine of the car still running even the AC is still on. They apparently were having sex and died

The man has his hands on his part and the lady stretched out naked. The car was parked on the road.

I couldn’t take pictures still shaken by the fact that I just saw 2 dead bodies this early morning. I can’t un-look it

Another Nigerian Lady Cries Out After She Was Stabbed While Driving Along Eko Bridge, Lagos