“You are a coward and liar, Oloshi, Oloriburuku” — Nwankwo Kanu’s Wife, Amara Kanu comes for his brother Ogbonna Kanu – Heres what happened (PICS)

Amara Kanu is not happy with her husband’s junior brother, Ogbonna…. “Not happy” isn’t the word, But Aamara is beyond pissed with Ogbonna, as she’s called him out on Social media, and called him several unprintable names.

Ogbonna had posted a photo of a ticket to the Leeds United game going down today, and revealed he’d be there live… He wrote as caption on the photo: “Leeds united game today. am there live.” 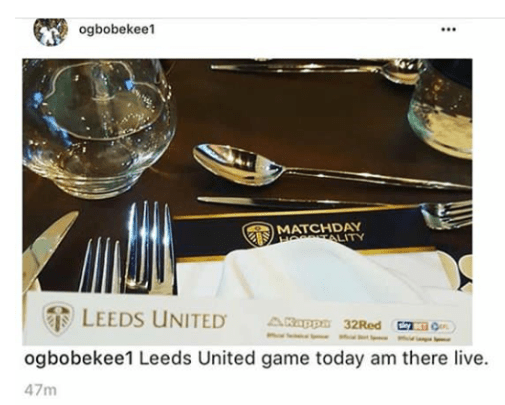 All was going well, until Amara, wife to Ogbonna’s elder brother, Kanu dropped a “brutal comment”. Amara accused Ogbonna of taking advantage of his elder brother, and sabotaging her family.

Here’s what she wrote; “You are a coward and liar. That’s my sons ticket. He was supposed to follow his dad to the Leeds game today but no. You have never allowed Kanu to be in peace with his family. You tried that with me all these years thinking I will die and now you want to come near my children. You can’t. You won’t. Oloshi oloriburuku. Borrow pose. @ogbobekee1, don’t mess with my children’s things or their dad.”

Below is a screenshot as obtained by IB9ja. 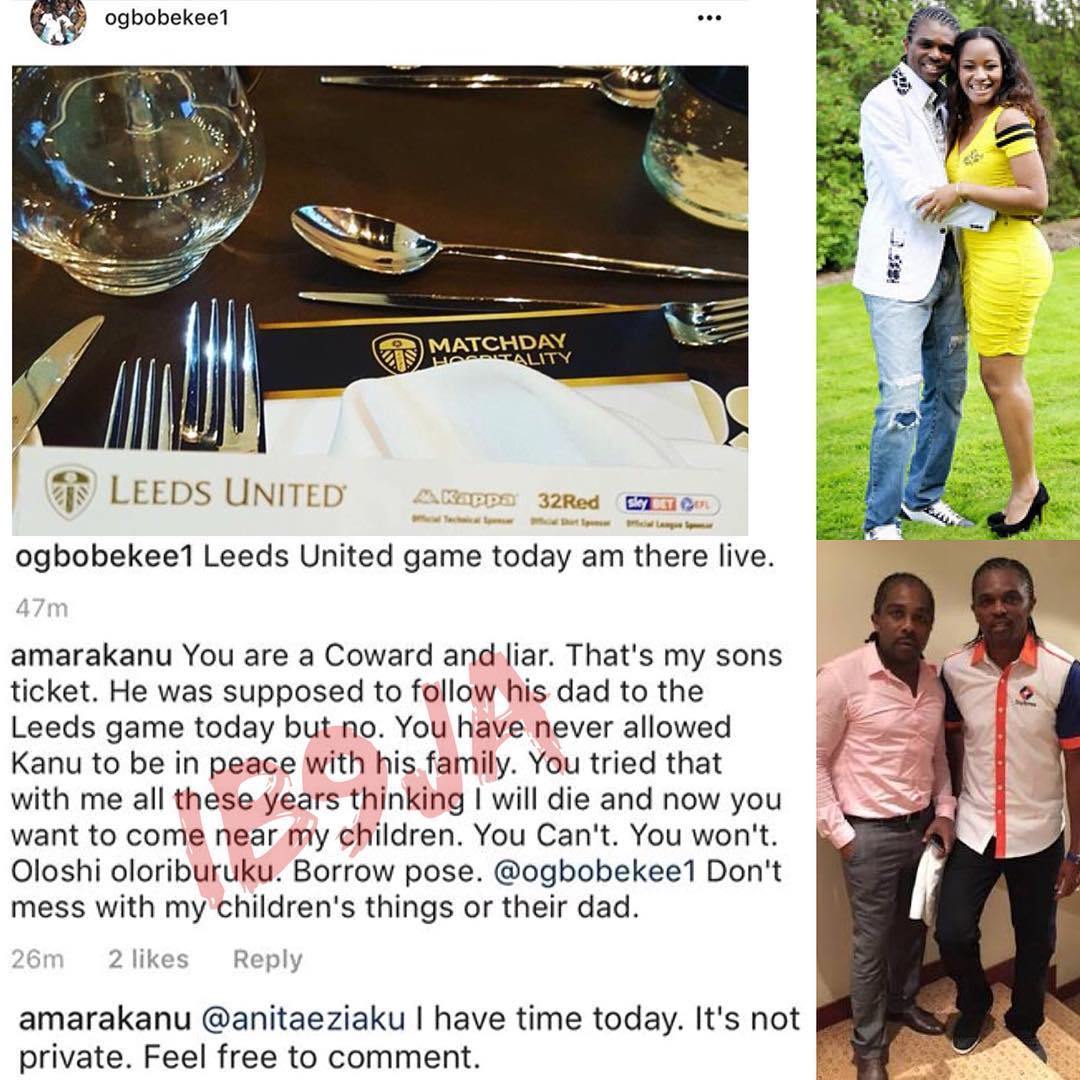 Ogbonna is married to Laura Ikeji, and he has taken down the photo from his page.