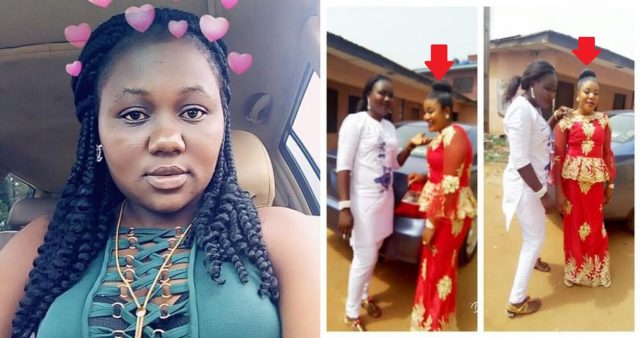 A woman has been left permanently scarred after her best friend slashed her face with a sharp object following a misunderstanding between them. The victim, identified as Success Chidinma on facebook, said she and her attacker Ann were more than just best friends. She said she took her as a sister even though people tried to warn her about Ann. 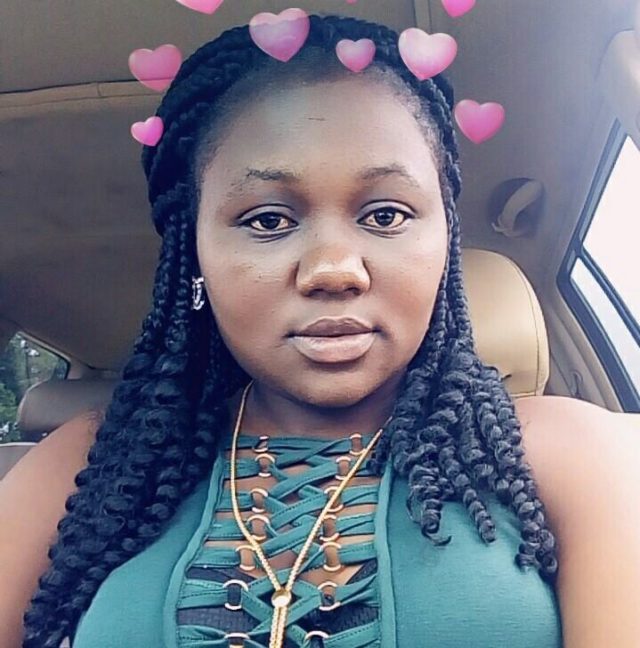 Then, on Saturday, June 23rd, they had a misunderstanding, which Success thought was minor. The spat took place outside after which Success went into her room. But Ann soon followed her inside then attacked her, slashing her just below the eyes. 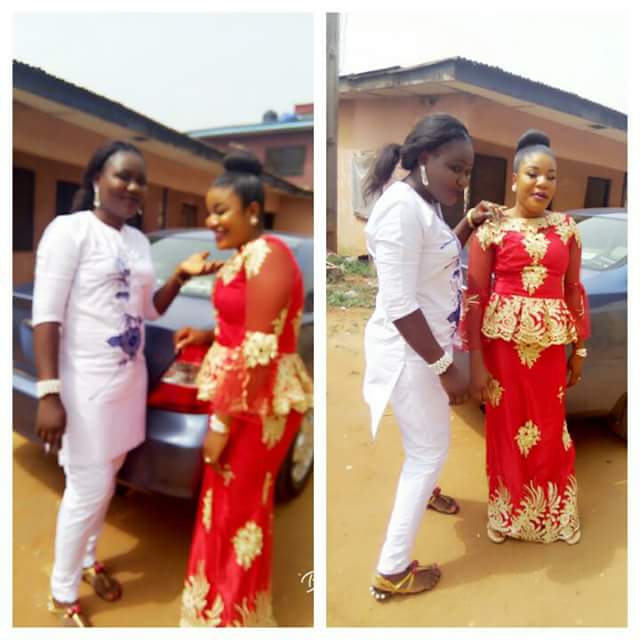 I was left in a Delima when she bounced into my room after our misunderstandings outside not knowing she was with an arm to get me blinded for the rest days of my life. Little did I know that a friend I held in high esteem and was willing to take any bullet for was behind the trigger.

#Ann with great pains in my heart I regret not listening to people who have tried their best to tell me your kind of person and to let you out of my life. I regret loving you not just like a friend but like my biological sister. I am always Happy for you come what may! But how do I know that your plan was to get me disfigured for life. 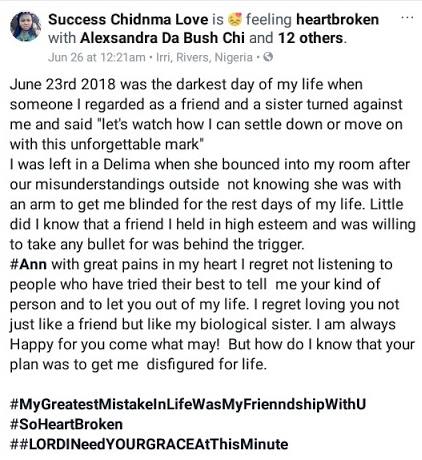 I sent you a DM and you didn’t reply, I hope you know I am not your mate – Nigerian girl to Mbappe

Being Nigerian is so difficult and frustrating – Simi laments

Nigerian lady fired from work for not saying good morning