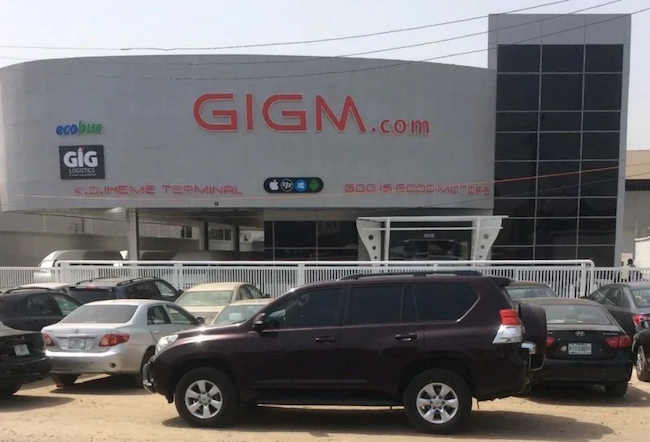 13 passengers were aboard a God Is Good Motor‘s Toyota Hiace bus, on their way from Enugu to Lagos, when they were intercepted and abducted by gunmen. The passengers – 8 male and 5 female – were abducted around noon, September 13, in Ore, Ondo State. While some of the victims have been released after their families paid a ransom, others remain in the custody of the kidnappers.

Families of the victims have shared that God Is Good motors is yet to contact them about the kidnapping, and they only learned about it when they were contacted by the kidnappers demanding a ransom.

A manifest containing the names of the passengers, as well as names of their next-of-kin and numbers, was said to have been filled before the journey. A family member of a victim told Premium Times: How the incident happened is miraculous and God Is Good (Motors) have not gotten in contact with us.

How can a company involved in this sort of incident not reach out or make efforts to empathize with the affected families?

Another family member of a rescued victim said:

It happened on Thursday last week and my family paid ₦1 million to secure my mum’s release.

They were abducted in Ore, Ondo State at noon, as it was a daytime trip. I don’t know how the kidnap happened; all I know is that we received the call from the kidnappers asking us to pay a certain amount.

We could hear our mum’s voice in the background; she was in distress and begged us to cooperate with the kidnappers.

I didn’t even know that the bus driver and the bus itself were not abducted until we made our findings. My mum is currently under medication – she alongside other passengers were starved and tortured. She was malnourished and she has to recover from the incident.

It was revealed that the bus driver, named as Victor Afadama on the manifest, was not abducted, and he escaped with the bus. Although a victim alleged that the driver was in police custody, the police have denied any knowledge of the kidnap. The Ondo State Police Command spokesperson Femi Joseph said: Which passengers? I am not aware. I will have to confirm. I will find out from the officers on the ground.